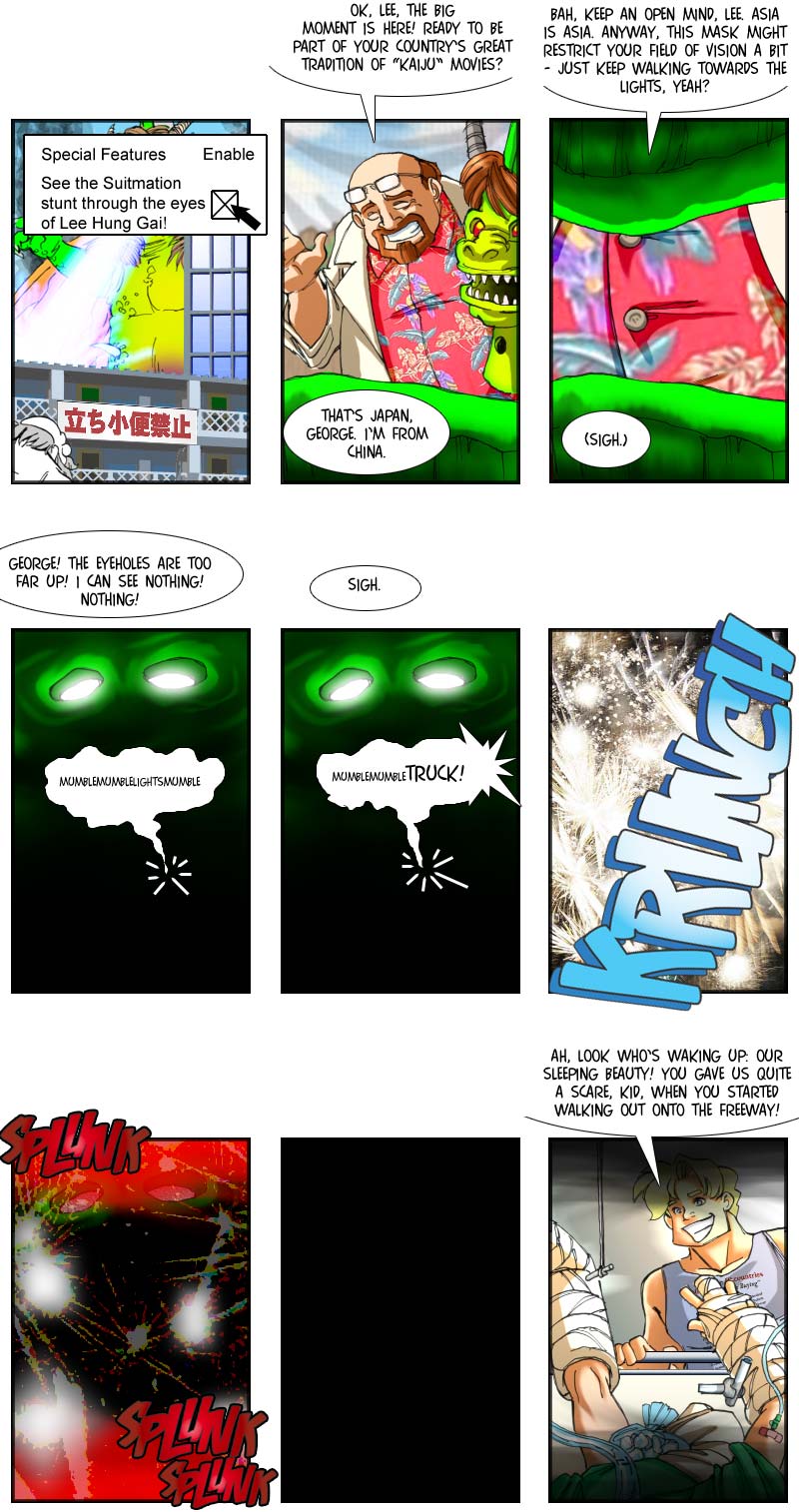 So here’s your once-in-a-lunchtime opportunity to see life through the eyes of an internationally acclaimed stuntman/actor! Not quite the kind of Hollywood glitz you expected to see, huh? Lee doesn’t get too much of that, unfortunately – although he did attend the Academy Awards ceremony. As a parking valet.

On all other days of the year, however, a typical day in the life of Lee tends to unravel as depicted here: wake up early, go to work, wake up a second time in the hospital. This time, at least he didn’t see it coming.

On the face of it, dressing up in a rubber monster suit and trampling model buildings doesn’t sound like the most challenging task a stuntman might face, but it’s actually far from being that easy. For one thing, those monster suits tend to severly restrict both vision as well as movement, and they often are uncomfortably hot, too – a few even require internal cooling devices to be managable. And, even if it sometimes doesn’t appear like that in the finished movie, those model buildings aren’t to be trampled in a random fashion and order: they are rigged by the model makers to crumble and fall in a certain way as required for the desired shot – and they tend to be usable only once in that fashion.

In short, the task of the suitmation actor often comes down to stumbling around half-blind in a restrictive and highly uncomfortable suit, trying to follow a certain pre-planned route around a set that might be burning in places and be rigged with explosives in others, often with dozens of squibs exploding against his body and all the while trying to convincingly act like some animal with a completely different body structure and way of movement. And that’s not even mentioning performing martial arts stunts with some other suitmation actor in a similarly cumbersome outfit.

That’s it for today, aside from a new voting incentive, as usual. More on Monday – a New Year’s special, to be exact.