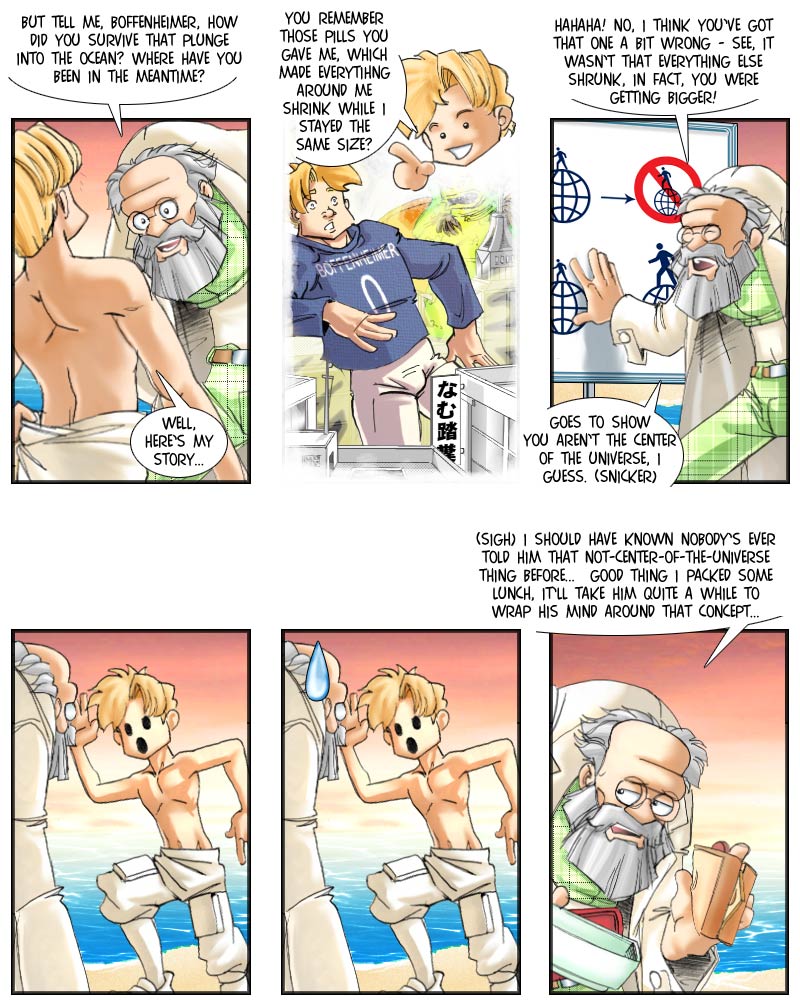 Yeah, keeping perspective has always been one of Biff’s little problems. His mother had always told him he was somebody special, and most people he met later in life tended to agree – and Biff failed to notice the slight difference in tone between those statements. The Professor, on the other hand, goes by the Cosmological Principle – so he always goes by the assumption he’s just an average observer observing average things. That’s probably why he never seems to be shocke by the things he encounters – he just automatically alters his concept of the universe to allow for things like zombie invasions to be trivial and unsurprising.

And, yeah, the sunset in the background is terribly kitschy. It’s a projection of one of George Geekish’s vacation pictures – and nobody’s ever said he suffers from an overabundance of good taste. Still, this kind of scene at the end of a movie requires either a sunset or a sunrise in the background, depending on the mood of the picture – no crisis ever ends at noon, and even if it does, the heroes would put off reflecting on the situation until the evening. There’s just no point to making wide-ranging, profound observations on the human condition and then going back to the office for two or three more hours filling out paperwork.

And, yeah, again – the Professor had his lunch box with him all the time. He was just lacking the right appetite with all of those decomposing undead walking around.