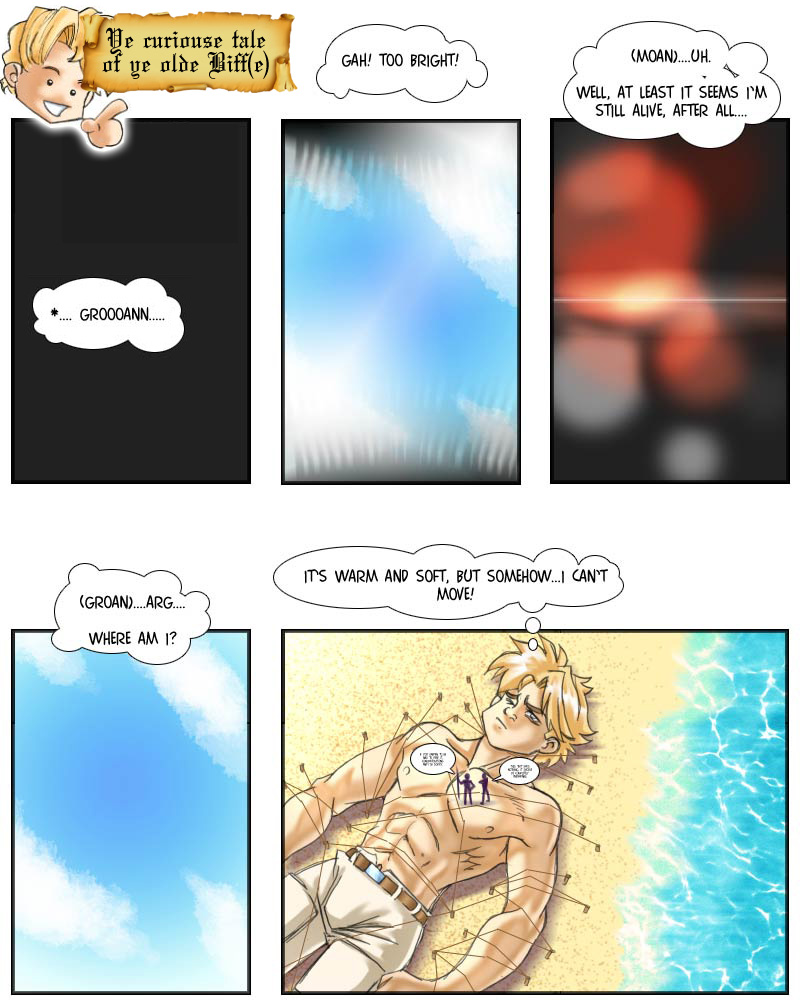 So this is what happened to Biff after he was separated from his friends and fell in the ocean, still being of kaiju-sized proportions.

Don’t worry, I’m sure his tale wont take too long to relate* – after all, he isn’t good at remembering a lot of words and stuff. In fact, in real life it would probably be nearly impossible to make any sense of any attempt Biff might undertake to relate anything more complicated than what he had for lunch or how he got his latest football injury – fortunately for him, he lives in a B-movie world, so even his stammering attempts at tale-telling get automagically translated into cinematic flashbacks. In real life, he couldn’t even give somebody understandable directions to the cafeteria, but in a B-movie context he is such a powerful raconteur that his words conjure up pictures so acurate, his listeners can even spot details in the background. Even details he hadn’t noted himself, in fact..

*And, no, I’m not going to try to turn Biffiver’s Travels into a witty and incisive social satire disguised as a stereotypical 18th century “travellers’ tale”. What made you think I inteded to? =P (Or think I was capable of? XD)