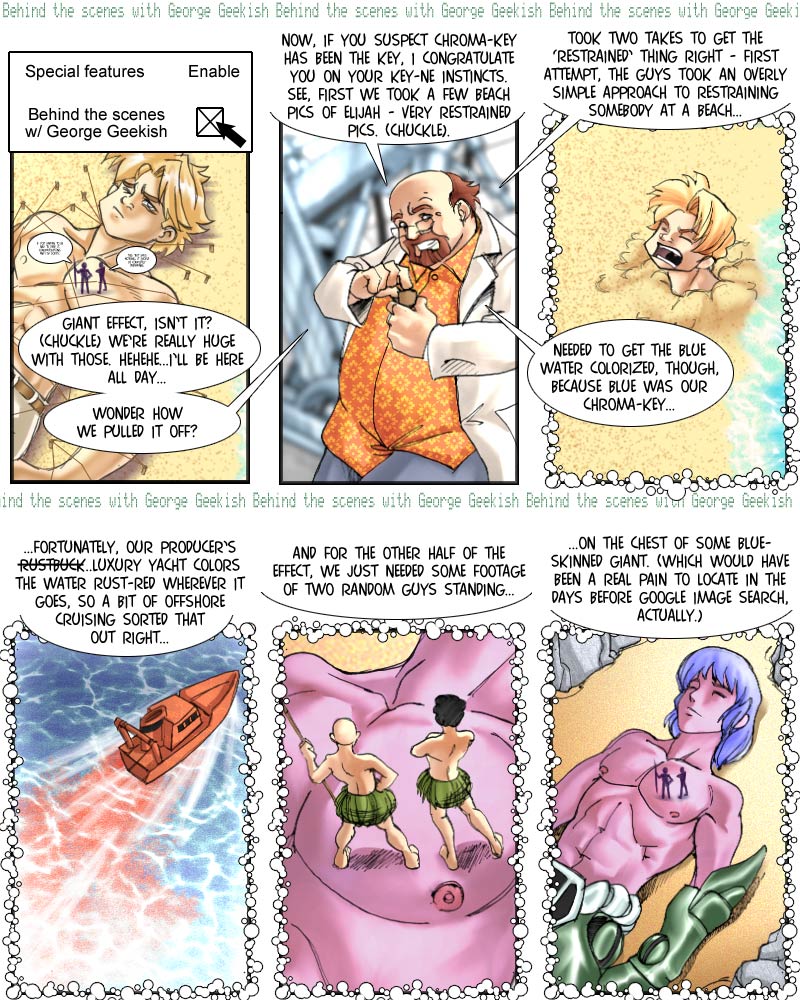 And once more George supplies evidence that the shortest way to connect two points doesn’t look anything like a line in his world.

Lesser SFX experts would probably have chosen an “allegedly” “simpler” “way” to get this done in “less time” with “less effort” (scare quotes are George’s, not mine). But it would have been just the same old, same old, really. George’s approach is groundbreaking. Never before seen. A world premiere. Because it’s the first effect he has managed to pull off without hurting Lee in any way.* ._. (Elijah was slightly hurt, though, not to speak of the environment.)

Good thing he readily found that picture of a blue-skinned** giant lying on a beach, though. He was just about to go looking for a way to create a blue giant with the materials he had avaiable on the set…which would likely have involved Lee, blue paint, and a tire pump.

*And you just know that he would somehow have managed to drop the camera rig on Lee if he had done this the conventional way (filming Lee from above against a blue floor).

** OK, purple-skinned. Like that would matter given the shoddy way George assembles his chroma-key effects.

And yeah, looks like Khyron survived that explosion. Drat.