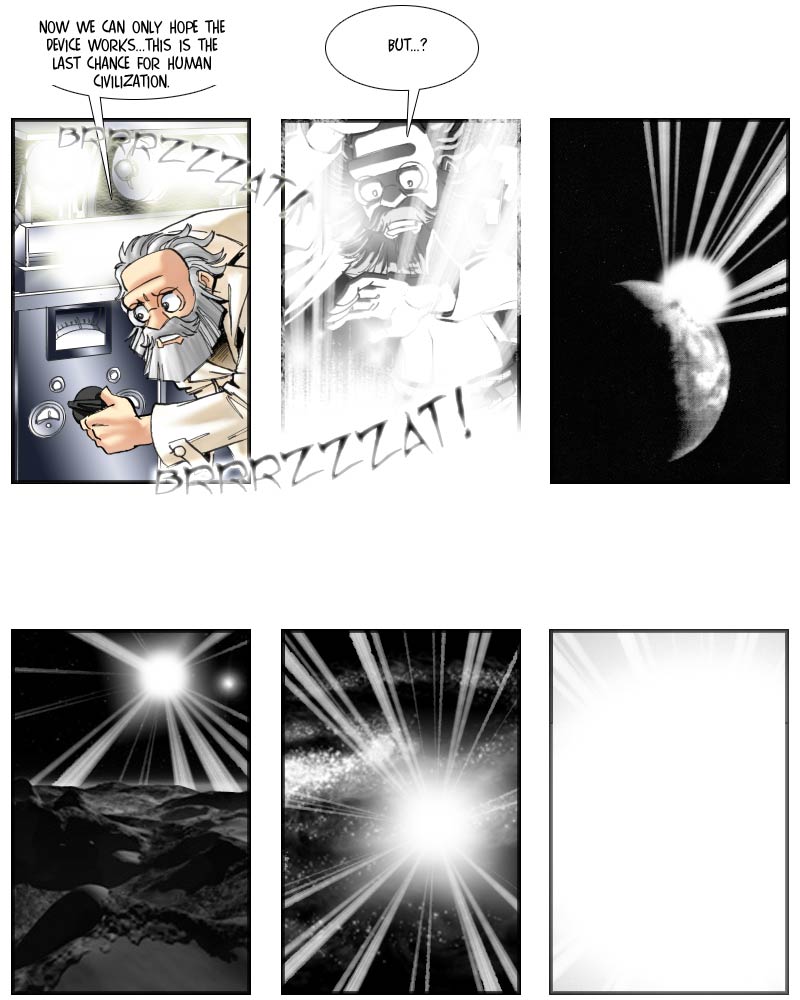 Hard to believe, but it has finally happened after all – the Professor has turned on his machine. This strip is in fact already more than 2 years old, having been part of the first draft of this chapter, long before it got extendend way beyond point or reason. >_>

Naturally, there have to be some stellar-scale pyrotechnics involved with a scene like this – in a B-movie, the spectacularity of such an effect is always in reverse proportionality to how plausible and/or well-explained it is. In this case, I haven’t the slightest idea how something called an “anti-zombification device” would actually work and do what it’s supposed to do – and the Professor hasn’t even offered some unenlightening techno-babble about polarity, radiation, quarks, anti-matter, dark matter or any of the usual suspects. Let’s just go with Arthur C. Clarke and define it as technology sufficiently advanced to be indistinguishable from magic.

But now, at the end of that endless trek across the city and up Silhouette Mountain, after all those noble sacrifices and pointless distractions, will the device even have the hoped-for effect? Judging by his expression in panel two, the Professor himself is rather anxious…what is going on?