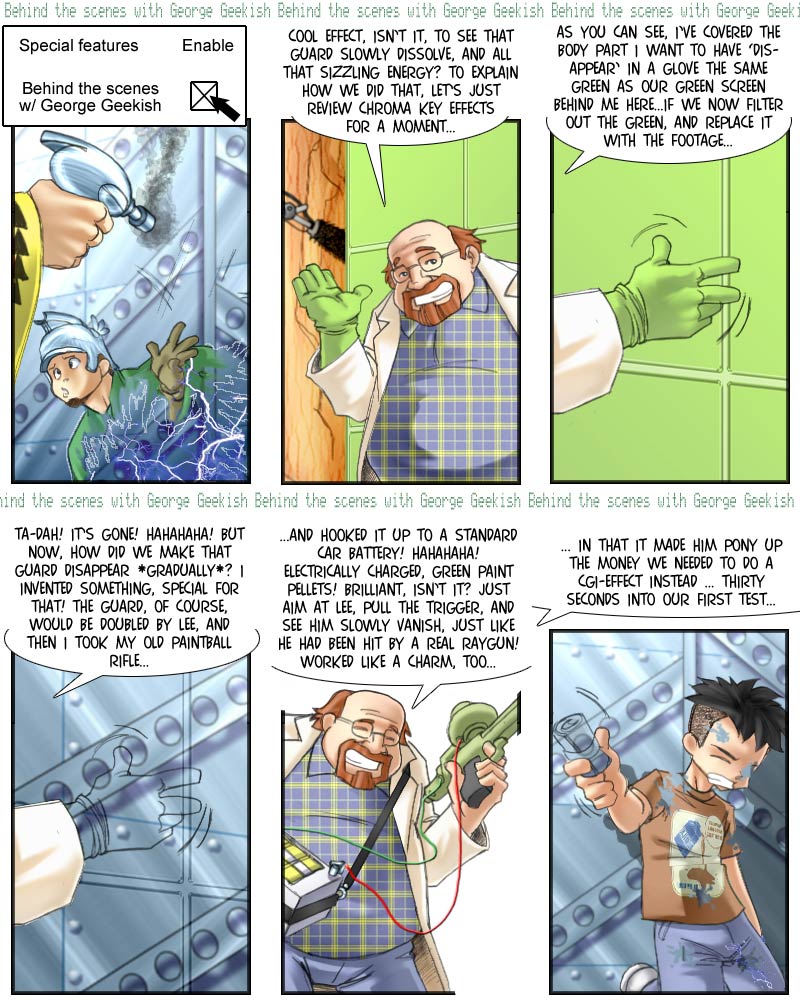 This budget-minded stunt dreamt up by George Geekish should prove an important turning point in Lee’s career. After the first eight pellets George had fired at him, and given the estimate that it would take around 500 pellets to make him ‘disappear’ completely, Lee drew on the very last reserves of hard-earned cash he possessed. At that point, he had paid more money in equipment damages and ‘stunt protection money’ than he stood to earn from the movie, so from that point on, he no longer considered himself just an actor/stuntman. From that point on he considered himself an actor/stuntman/producer. A small consolation, but some consolation at least.

Shortly thereafter, he started to consider himself a starving actor/starving stuntman/starving producer.

More on Thursday, and a new voting incentive is also up.