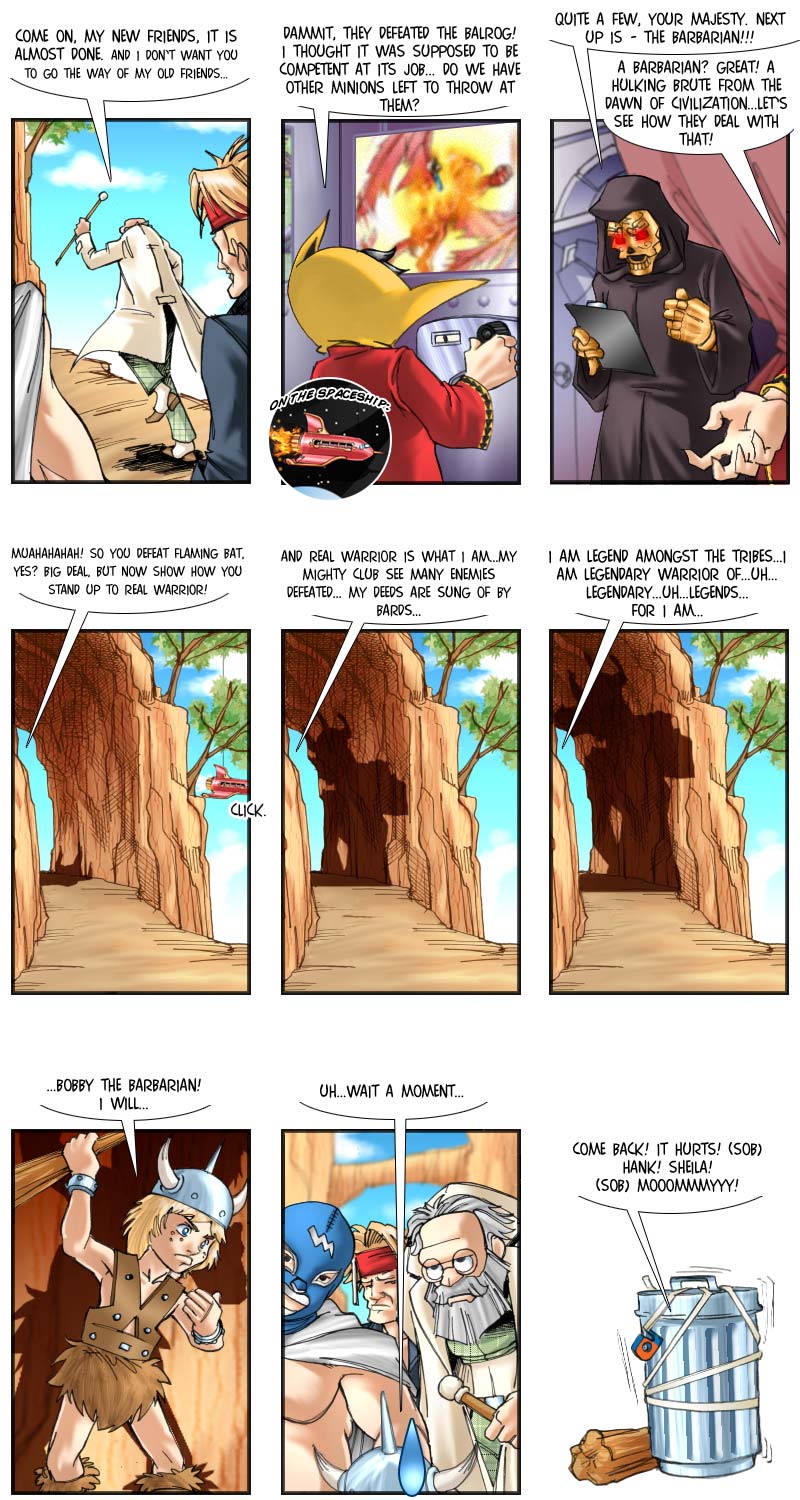 Many fictional villains are more or less directly based on real life villains, but, in nearly all cases, there remains one major difference: while real life villains usually win, fictional villains almost always lose. In the days of the Comic Code, or the Production Code Authority for movies, this was actually mandated, i.e. scripts were just not allowed to let a villain get off without just punishment (although even a token hint of fleeting remorse on part of the villain could avert that fate). Nowadays, exceptions are still quite rare in commercial fiction, if no longer entirely unheard of.

In any case, one of the dilemmas faced by scriptwriters in that regard is this: how to make a villain convincingly threatening, while at the same time giving him a weakness that would allow the heroes to plausibly defeat him in the end. Naturally, the most B of B-class plots just ignore the whole problem, and feature villains who forge vast empires (off-screen) by virtue of their ruthlessness, cunning and cruelty – and then go down to five kids and a fluffy animal without offering much effective resistance. The better B-class scripts (B+) often stick with the old homilie of having a villain’s arrogance, or ruthlessness, or inability to fathom the true meaning of love, or something similarly corny be the root of the villain’s downfall in an ‘ironic twist of fate’ you usually can see coming a mile and a half away. Another variant, however, is having the villain fall victim not to his own shortcomings, but rather those of his subordinates (or rather, minions) – and, while that might appear somewhat cheap as a plot device, I guess that would actually be the most realistical of these approaches, judging by history.

And therefore, villains never have competent henchmen. It’s just something that doesn’t happen, even if it creates the same kind of strange dissonance as mentioned earlier – the elite soldiers a villains used to forge (off-screen) his vast empire are utterly unable to hit the heroes even at point blank range, firing nuclear-tipped homing bullets from multi-barreled automatic weapons.

And it is this jinx of the henchmen that makes possible things like happened in this strip: Barbarians are cool. They come naturally equipped with superior combat abilities, cool gear, tattoos and accessories, complete ignorance of small-minded societal taboos, deep wisdom born from anti-intellectuality, and awesome badassness resulting from dumb refusal to acknowledge danger. In fact, in all the history of fantasy fiction, to my knowledge there has only ever been one – only one – barbarian character who was not cool. So, by the law mentioned earlier, that one has to be the one our villain hires as henchma…uh, henchboy: Bobby the Barbarian, from that 80ies DnD television show. (I’d call him a “bottom of the barrel” character…but since that seems to be where they found all the other character ideas, not to mention the plots of that show, I guess they must actually have found the idea for Bobby some feet down in the ground underneath the barrel…)

Anyway, our heroes have scored their second victory in record time – does our mysterious space villain (Emperor Niwtlives’Akuns) still have got something more formidable on his list? Stay tuned for our next thrilling episode on Thursday, and don’t forget to check out the new voting incentive.