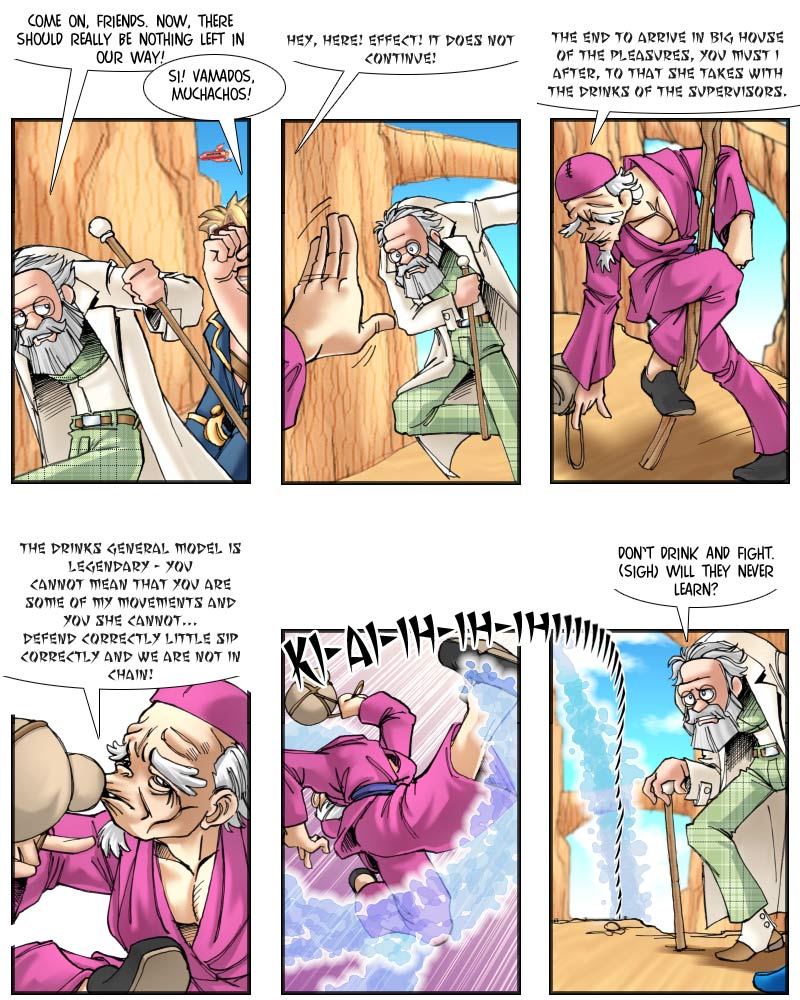 Wouldn’t you have guessed? Our alien Emperor draws another henchman from his “Big Bag of Assorted Henchmen” – which he bought at a massive discount on eBay – and ends up with more epic fail.

In this special case, it’s one of the classic pitfalls for villains shopping for somewhat competescent henchmen – a master drunkard passing himself of as a drunken master. Admittedly, they are very hard to tell apart from their general appearance and demeanour, but the main difference tends to quickly become apparent once a fight starts: A drunken master is an incredibly skillful martial artist, expertly mimicking a drunk’s random and uncoordinated movements in order to make his attacks unpredictable for his confused opponent(s). A master drunkard is, in general, simply sloshed.

There is one little thing to keep in mind, however, which can help you to tell these two kinds of characters apart (if you ever happen to get into a situation where you’re shopping for henchmen): Drunken masters tend to disguise themselves as master drunkards. So if somebody approaches you claiming to be a drunken master, you can be sure he is actually just a master drunkard shooting for a couple of free drinks. If somebody claims to be a master drunkard, however, he could either be a drunken master in disguise, or an unusually honest master drunkard – just buy him a couple of drinks, in that case, as a drunkard would be liable to grow less honest with growing intoxication. If the candidate still claims he is nothing more than a drunkard after those extra drinks, you have found a true drunken master.

But then, I guess you can hardly expect an alien Emperor to know these little tricks of the henchmen hiring trade…let’s just hope he’ll have more luck on Monday, or at least run out of henchmen alltogether. Today’s new voting incentive is a kind of sequel to Monday’s.