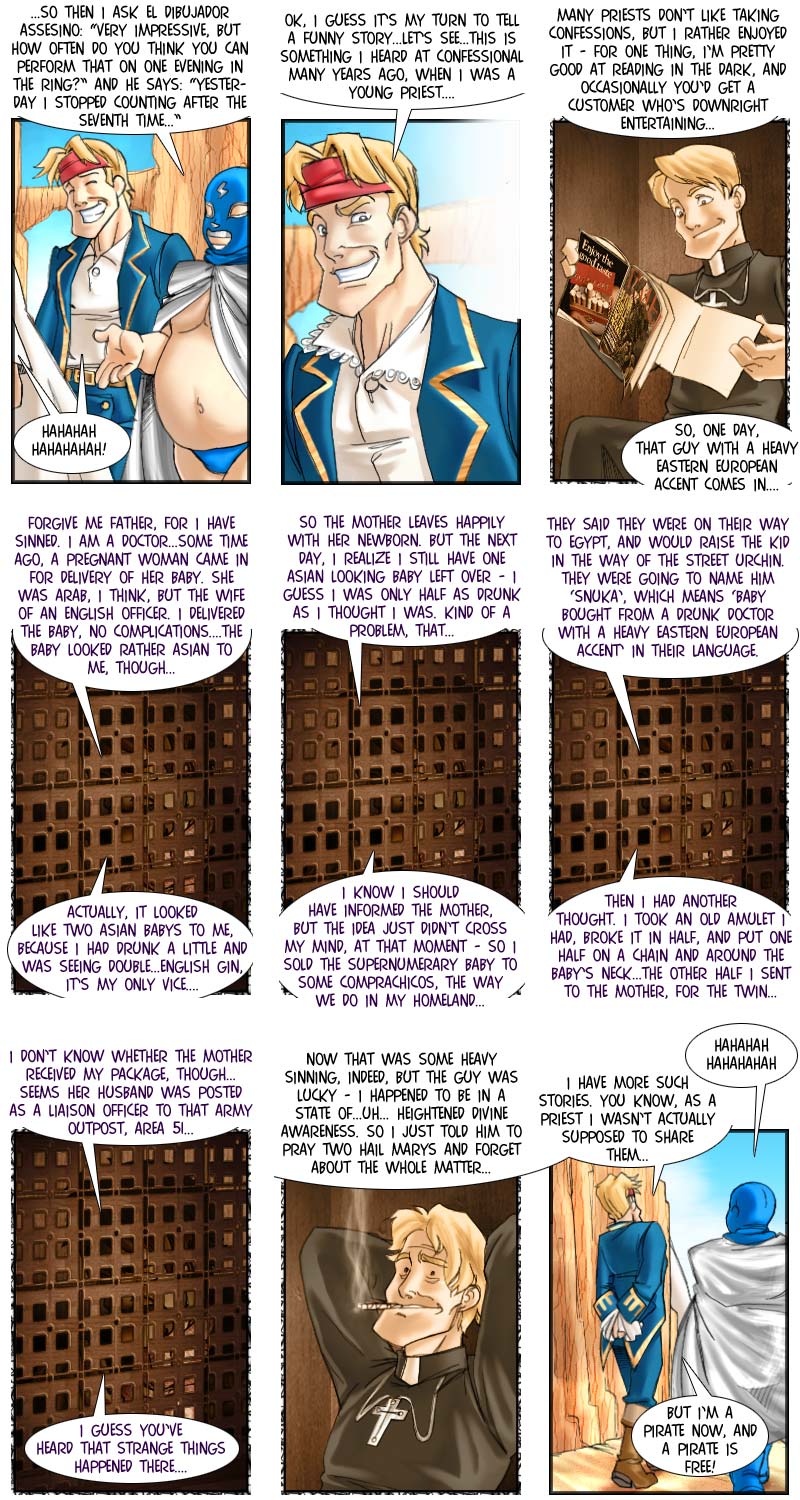 In quality fiction, it is a major challenge to integrate the exposition of plot-relevant, long past events into the story in a plausible and unobstrusive manner. B-movies, of course, have it a lot easier, by just not bothering with plausibility and unobstrusiveness to begin with.

Even if a B-movie has a very small number of protagonists, each of them can be conveniently assumed to have been witness to any number of randomly relevant past events. After all, as long as there is one surviving witness to a past event, that one of only one witness can somehow end up being one of only three protagonists, if you don’t take the laws of probability to seriously (or are not aware of them). If there are no survivors…well, there’s always reincarnation.

Quality fiction also tends to bother with providing some reason for a character to relate a specific past event – B-movies just rely on the fact that people like to tell stories, anyhow. While exchanging yarns and tall tales, why shouldn’t a character just happen to dish out that one story that will turn out to be relevant a short while later? Yeah, probability and stuff…but it *could* happen, couldn’t it?

Of course, no B-movie scriptwriter could ask for a more convenient vehicle than the religious practice of confession, in that regard. Not only does it allow a character to plausibly have knowledge of any number of bizarre and disturbing secrets, it also allows for shadowy flashbacks with neat gothic touches to them (for ‘church’ in a B-movie, read ‘gothic cathedral’ – why would you ever have a more contemporary style of church in a horror movie?). And a character like Father John Captain McKenzie is doubly convenient – as a priest no more, he is now absolutely free to share all of the stories people have told him throughout the decades. (He can now do what he wants ’cause a pirate is free – he is a pirate. Well, I guess he could have shared them even while he still was a priest – but he would then have had to confess that to some other priest. XD)