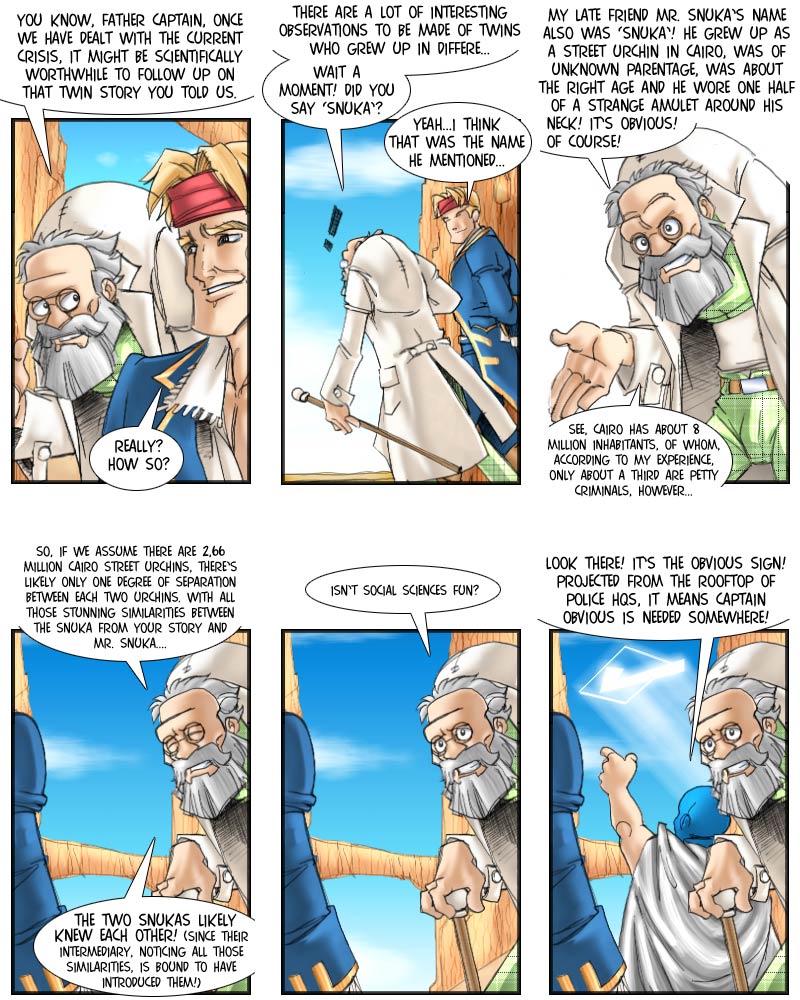 Any moment now, meek millionaire playboy Earnest Vident will notice the Obvious Sign in the sky and head for the apparent entrance to the Obvious Cave – from where he will emerge as that masked champion of the manifest: Captain Obvious. And if he’d remember to wear the mask on his face, people wouldn’t even recognize him. (And if it’s a serious crisis, he might want to take his sidekick along: Self-explanatory Lad. But Captain Obvious only brings him along when he has to – the boy’s constant talking about himself gets on his nerves.)

Yeah, there’s surprisingly high and constant demand for Captain Obvious’ unique power to point out everything that shouldn’t require pointing out, and B-movie would provide a particularly rich harvest for him…as capable as a B-movie character can be of drawing the most astoundingly far-sighted and accurate conclusion from their a… thin air – at other times that very same character can be completely oblivious to things in plainest sight. It really just depends on the requirements of the script, not on fancy things like a logical and coherent fictional world.

Speaking of small worlds, the Professor’s Erdoes-Bacon number is 2. He’s collaborated with Erdoes on numerous occasions (naturally) and he is also Kevin Bacon’s father. (Yes, that means that Kevin Bacon is half-fictional. So what – many celebrities are.)