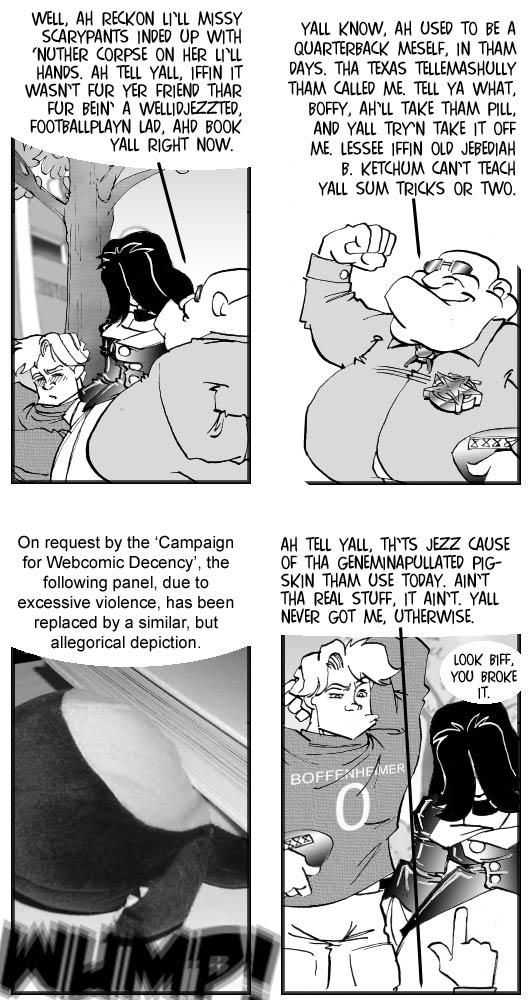 … evolution theory devaluation theory inflation theory theories in general the development of species the existence of species the existence of development homosexuality bisexuality asexuality heterosexuality sexuality in general gender issues gender differences gender in general God gods supernatural beings higher beings lower beings beings in general and in regard with their existence or non-existence any depiction of humans being different with regard to nationality, skin colour, eye colour, hair colour or panties colour violence violets violins swearing words describing human sexual organs words describing human sexual actions words describing human digestive products words in general humans disagreeing on anything humans agreeing on anything humans in general animals things places matter in general radiation concepts ideas void … So yeah, you are lucky that I got off with replacing only one panel (and it was so spectacular, to boot) … no telling what might happen next time those guys pop up … (‘The Campaign for Webcomic Decency is a group of concerned, Christian parents. Since our God-guided parenting can not possibly be the reason our kids all turned into gay, satanist criminals, we’re gonna damn well blame the media.’)

Yes, the ‘allegorical depiction’ shows a Relaxo ™ plushie being hit by a book. Don’t ask. (And while we are on the issue of Pokemon: Yes, Jebediah B. Ketchum is Ash’s father. Explains a lot, doesn’t it? XD)

Also, don’t ask me what a ‘tellemashully’ is. I wrote it down like he said it, is all.

Fortunately (or unfortunately, depending on your viewpoint) the damage to Sheriff Ketchum is repairable, so we’ll have to see him again on Thursday. Please vote.

Text: Well, I had to counteract the impression Biff was totally useless when it comes to football. It might be the only thing he’s not totally useless at, so we need to keep track…