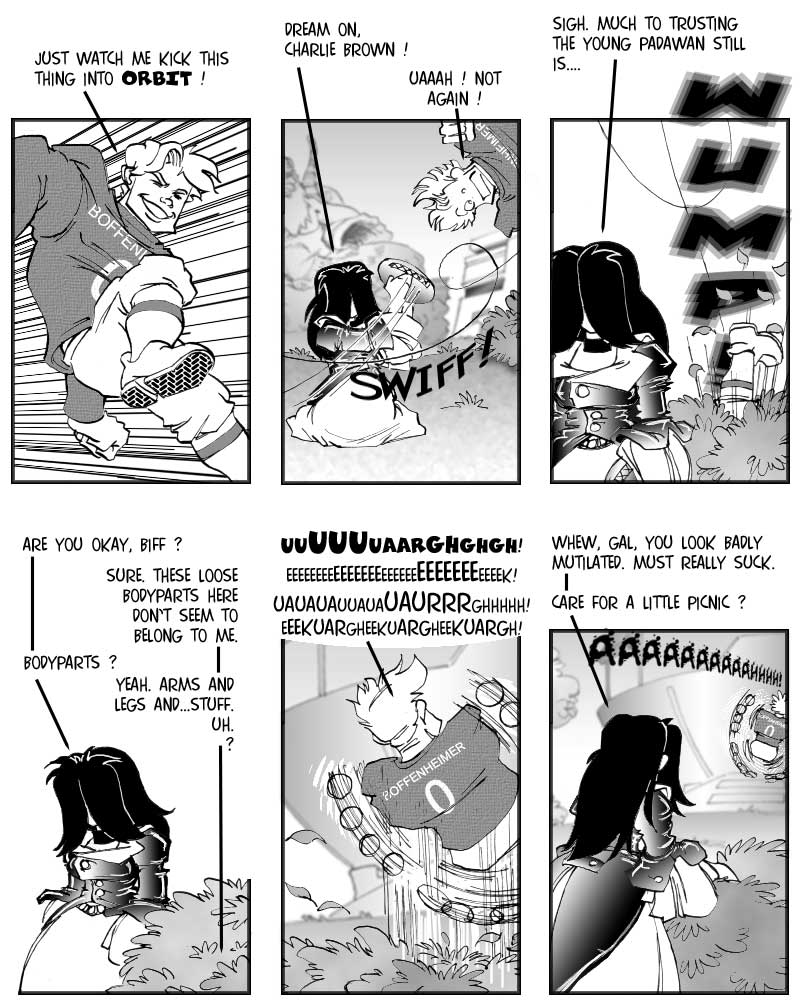 Somehow I feel Mopey and Biff would have just that kind of Charlie/Lucy relationship…for the record: Mopey had done that eleven times before – this time, her argument to convince Biff to give it another try was: ‘Do you really think I’m the kind of girl that would do something like that a dozen times?’ and pouting a bit.

Also for the record: Yup, Biff ‘Biffmeister’ Boffenheimer screams like a little girl. So much for not abusing estrogen-based steroids…

Compared to the opening murder, this is the other extreme – the act is not shown, and the result only obliquely referenced to. In A-movies, this works subtly but unmistakably. B-movies have their own variant: cutting a dying scene in editing, without leaving any clue to the audience that the character is gone…yeah, let’s call that subtle, too. (I can’t remember the name of the movie, but there was one which I really understood only after reading a plot summary – the protagonist’s motivation was avenging his murdered master, but there was no single reference to that in the final cut. You just kept wondering where the old man got to, and why everybody was looking so grim all of a sudden…)

Not too much to remark on this episode, pretty much self-explanatory – Oh, but I made a new voting incentive. Based on an animation series many people are missing, and last week’s anti-drug message…

On Monday, the Sheriff will elegantly swing back into action…*snerk*