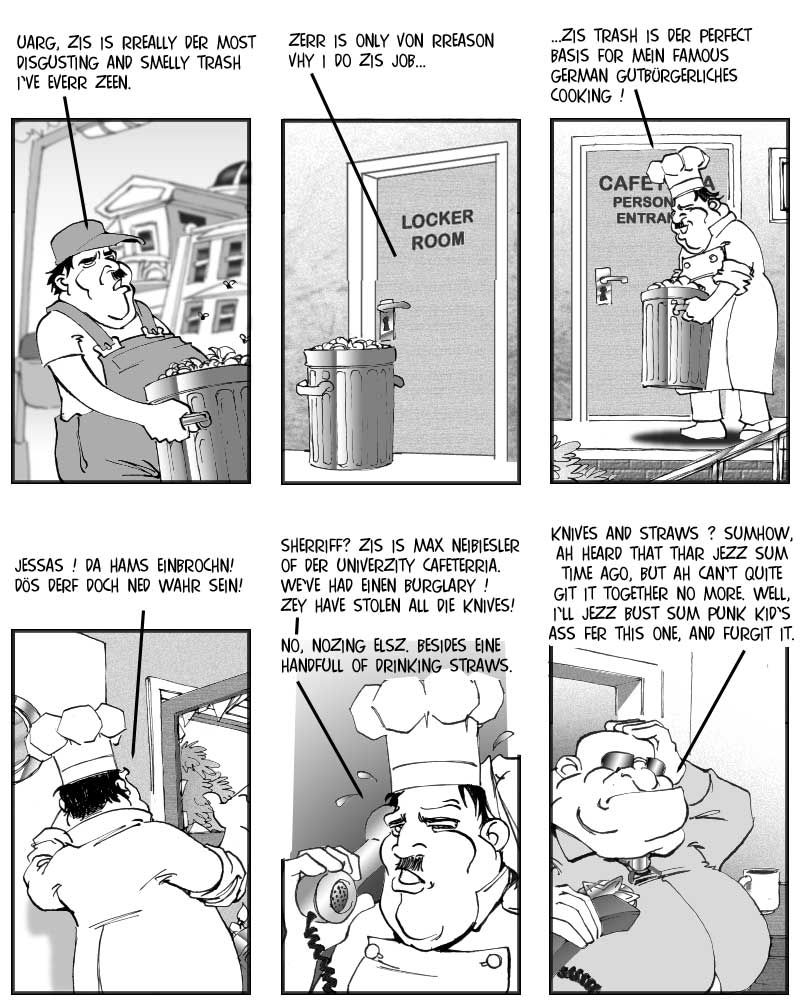 Nothing adds that little bit of exotic spice to a B-movie like some strange guy speaking with a heavy foreign accent. The ‘B-Movie Makers’ Handbook’ offers a concise list of accents and their stereotypical application for support cast in movies:

I went for the German accent, because I thought somebody running a university cafeteria would be a combination villain/comic relief character by default. Even if Mr. Neibiesler does an exemplary job here: far from all cafeteria chefs change clothes between trash collecting an cooking…

And on a cautionary note: You’ve probably heard people praising Italian, French or Chinese cooking, but never German ‘gutb?rgerlich’. Before you ever get the idea to taste the latter: There’s ample reason for that!

Of course, technically, this is another ‘foreshadowing’ episode. In an ideal world, these work by subtly tipping off the audience to future events in a way that would naturally be overlooked by the characters. In the world of B-movies, it works by running the hint over the audience like a steamroller, and have the characters ignore the obvious conclusions because of…uh, well, just because of.

That’s it for today, Biff and Mopey are up on Thursday. Don’t forget about Maria & Michelle’s garage sale (link: http:\kudasai.stripspace.com).

Title: If you can stand the heat, steal from the kitchen.