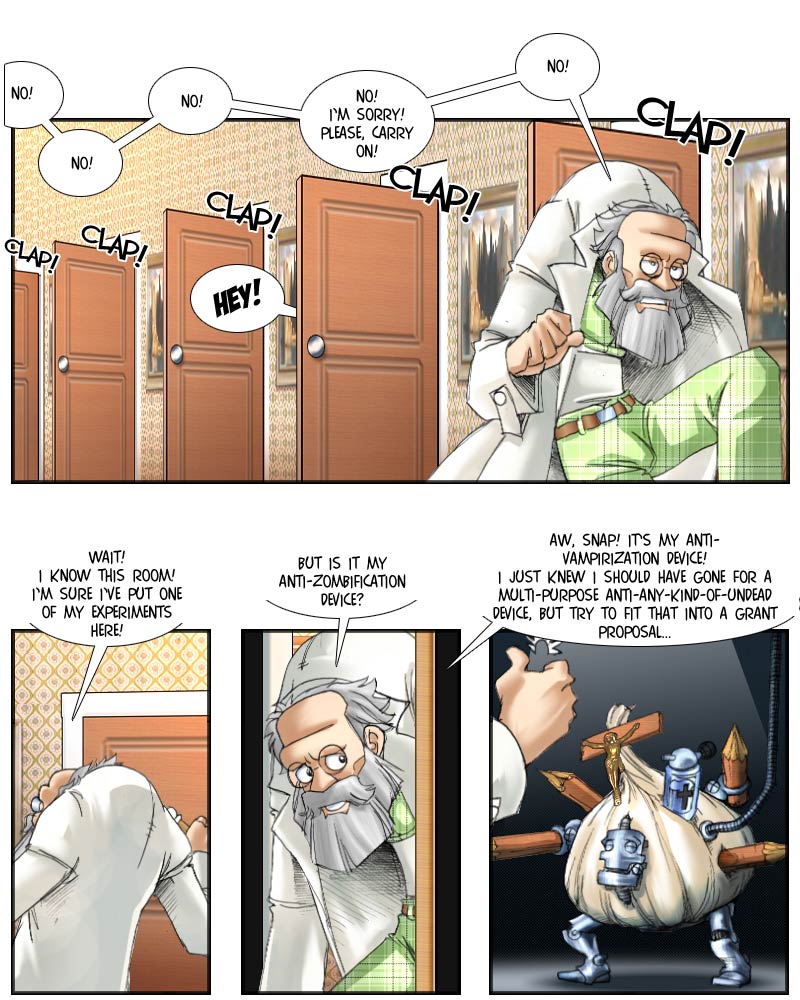 Lillytown University’s world-renowned ‘Misfits of Science’ faculty (chair: Prof. J. E. Doctor) is seeking a grant to research the possibility of integrating the undead-slaying capabilities of several specialized undead-slaying devices into a single multi-purpose undead-slaying device that would be effective against all, or at least a great variety of, types of undead creatures.

This research proposal addresses a problem of ever-growing importance. You could almost say it creeps closer and closer to home, with the dull footfall of decaying limbs or the soft flutter of leathery, black wings. Keep in mind that a person’s chances of surviving an undead outbreak largely depend on said person’s distance to the nearest undead-slaying device – and that, at the moment, chances are that it will then turn out to be the wrong type!

While common, single-type undead slaying devices usually consist of malformed robots stuffed to the brim with weaponry effective against a specific type of undead, our project intends to research the possibility of creating a much larger robot and stuff it to the brim with all imaginable kinds of anti-undead weaponry, both specific (e.g. garlic against vampires) as well as general (e.g. healing magic). To enable the robot to deal with the various levels of intelligence, cunning and agility in his potential targets, our research will look intensely at the option to equip it with superior artificial intelligence by making use of the most advanced alien technology at our disposal, even if that carries just the slightest little risk of inadvertedly creating an uncontrollable, maliciously intelligent bringer of Armaggedon.

Our goal is to markedly improve humanity’s anti-undead capabilities, possibly enabling it to survive up to several days longer in the likely case of a major outbreak of revenantism in the near future.

Based on past experiences with bulding giant robotic devices, the current cost of the complete project is assayed at $ 1,75 billion, plus a possible $ 350- 400 million in damages to the campus and the City of Lillytown.