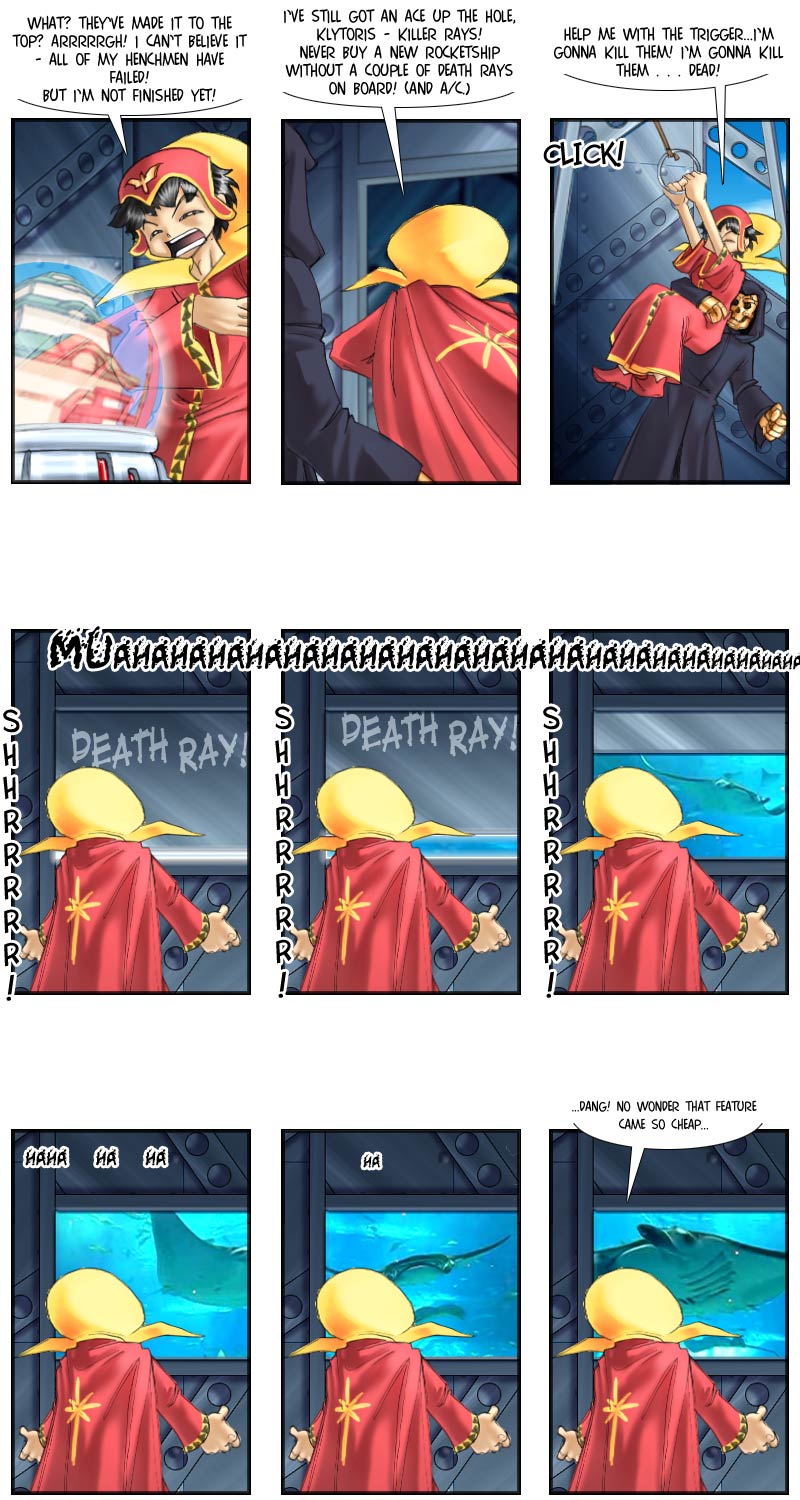 If Akuns would just have read all the footnotes making up the final three pages (in fine print) of that rocketship brochure, he would have known that the standard trim on his Ferrarocket comes with only the cheapest of three different killer ray options:

But then, knowing him, he’d probably not have sprung for any of the more expensive versions even if he had been aware of them.

Until the tragic demise of Steve Irwin, not everyone (outside of Australia, the continent were every kind of creature is out to get you) was readily aware that the term killer ray might be justifiably applied to some members of the Rajiformes. But quite a few of them do have potent poisons in their stingers (especially those living around Australia, of course)- and then there also was the story of a tourist on a boat off Florida, who was killed when a stingray jumped at her. Still a far cry from a turbolaser, but altogether not too shabby – unfortunately, Akuns seems to have gotten manta rays there, and those are completely harmless. Plus, he’d probably run into the same problem he had had with his friggin’ shark with a laser on its head.

But while the rays might not be a very effective weapon, a large aquarium or ocean window always adds a nice megalomanic touch to a villain’s hideout – as demonstrated by Dr. No:

Dr. No: One million dollars, Mr. Bond. You were wondering what it (an ocean window) cost. James Bond: As a matter of fact, I was.

From that point of view, springing for one of the more expensive options might have made for a cool villainous entry:

Akuns: 30 million zenis, and 10,000 zenis per diem, Professor Dr. You were wondering what he cost. Prof. Dr.: As a matter of fact, I was just wondering why you’re keeping a guy in an aquarium.

Or perhaps not. By the way, the underwater pictures depict rays at the Osaka aquarium, where they share space with a whale shark: