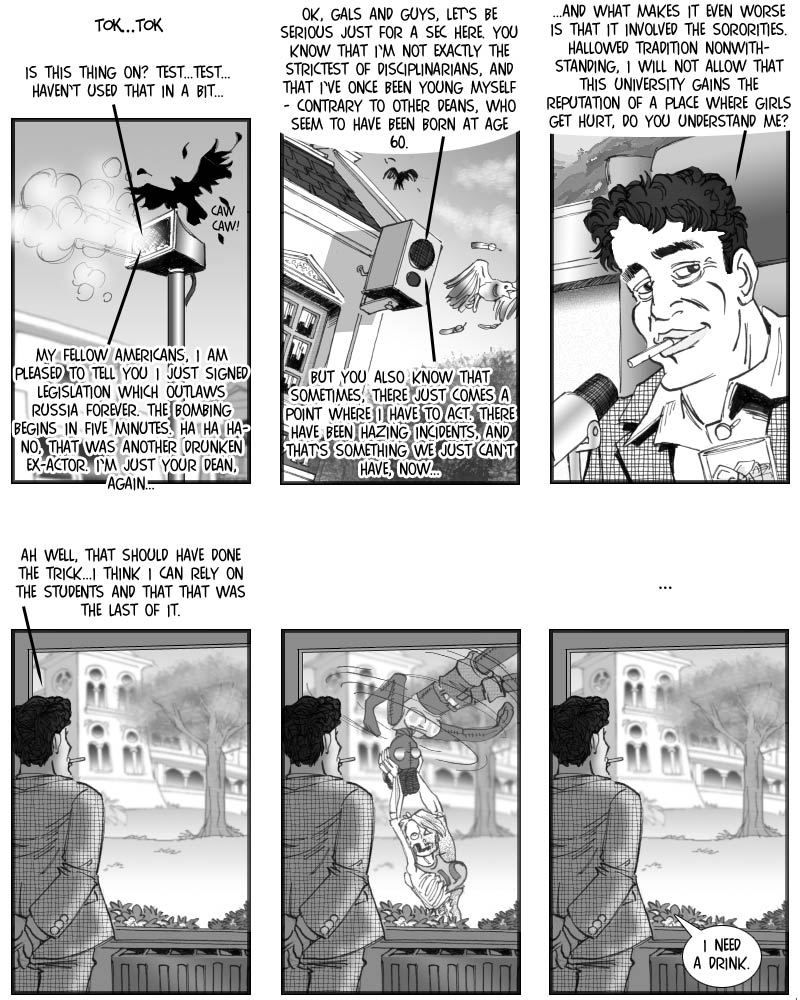 At my old frat, taking a pledge by the head and twisting him around above you like that was a common hazing ritual – I doubt, however, that that quaint custom caught on with any other fraternities or sororities. I guess we had it only in Alpha-Theta-Caveman. For a movie, of course, you’d simulate that by using a mannequin, same as you would do for a person seen falling from a height. The use of mannequins in movies always appeared as more of a symbolic act to me – lacking bones, they just never looked anything like a human body when in movement. I think they were meant as more of a placeholder, to remind audiences to imagine a human body at that place.

The microphone test in panel one is, of course, based on remarks by another run-down, frequently drunken ex-actor. In my opinion, the real Dean Martin was not only a vastly more engaging actor, but would also have made a vastly more qualified president, had he had any interest in politics. Although, having admitted to having read a book once in his life, he might have been considered too much of an intellectual for the job.

Anyway, our Dean is really not to be envied, at the moment. Starting his campaign to bring down campus violence on the same day there’s an invasion of killer zombies seems like singularly unfortunate timing. In fact, his whole laissez-faire approach to campus discipline might be somewhat ill suited to dealing with monomaniacally brain-hungry undead.