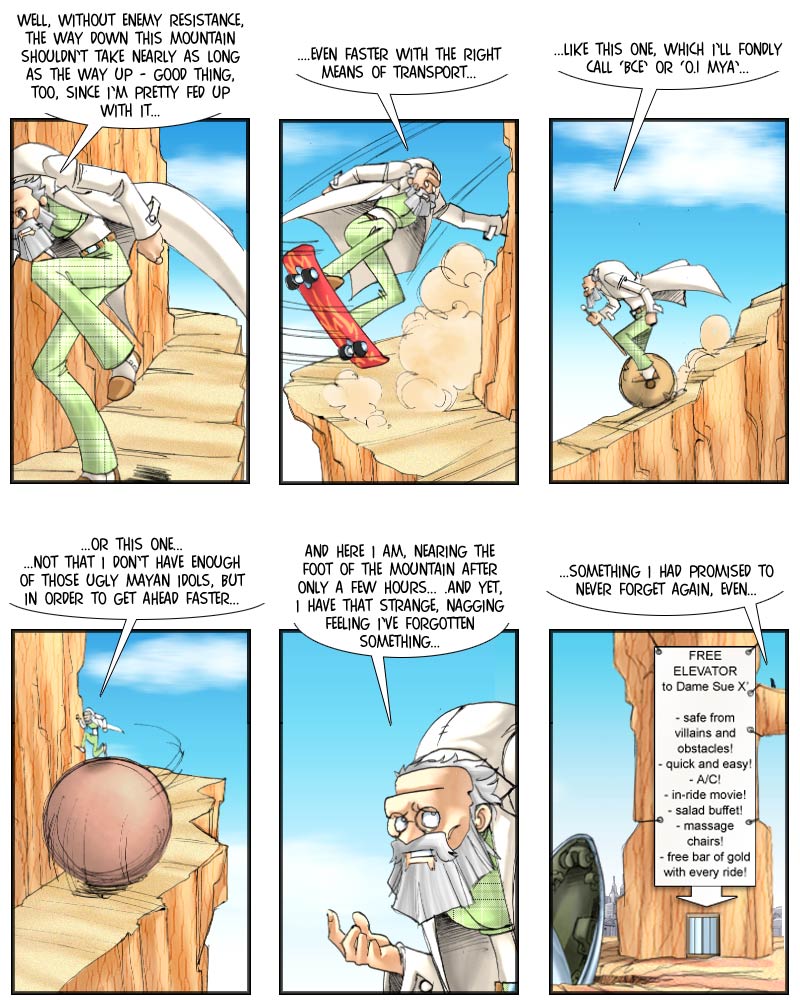 OK, I guess the Professor is really getting a bit forgetful now…still, compared with the amount of time it took him to get up that mountain, his descent still qualifies as rocket-like (And this is one of the rare cases where you can be proud of a rocket-like descent). Admittedly, most of the means of transport he’s been employing would not have worked all that well on the way up, even without encountering any opposition.

By the way, the wheel depicted is not one of his own inventions – he’s old, but not quite that old.

As regards the huge stone ball in panel four, those are a common defensive feature in pseudo-Mayan ruins that can be found literally everywhere on a B-movie planet. In his youth he often made the mistake of trying to run ahead of those, being chased – by now he has learned that running on top of them is a lot less dangerous, and even a pretty fast means of transport. He’s tried to teach that trick to all of his archeology students, but there was one dorky kid who just never really paid attention. ._.

And yes, that was the very last of Silhouette mountain. It was a Herculean effort that left me bed-ridden for a week, but I managed to resist the urge to add a half-dozen random encounters to the way down. (I did roll on the random encounter table, but then I just disregarded the results. I jotted them down, though, so there are 1D4 leucrotta somewhere in the Professor’s future.)