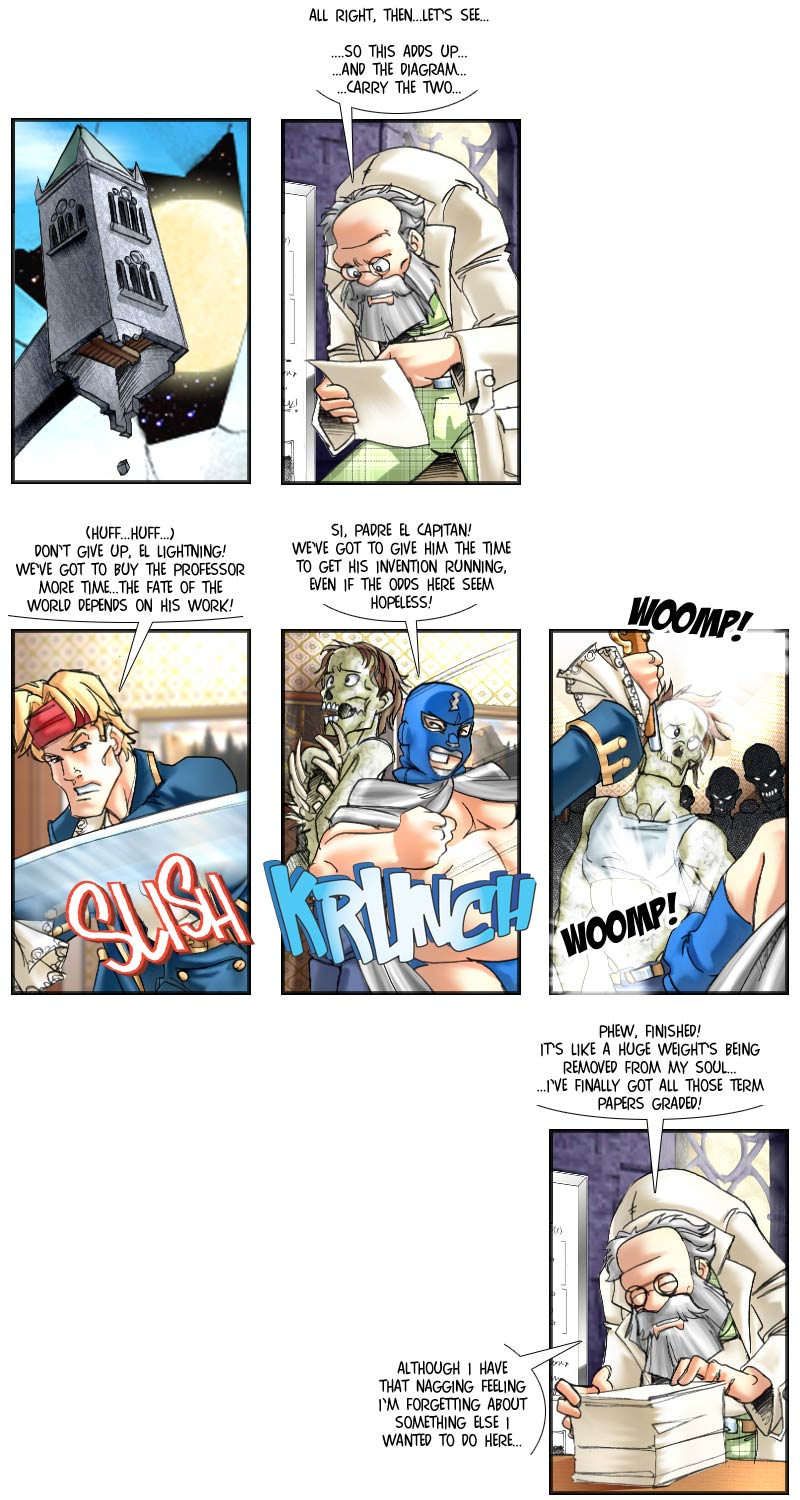 And thus this chapter comes to a happy end, after all – and now I can also finally reveal the full name of the chapter: “Attack of the giant stack of ungraded term papers”. There’s that other thing, of course, about all those vengeful corpses risen from the grave, wreaking havoc in the streets of a city shocked into helplessness, cruelly murdering innocents to enlist them into their own, ever growing, ranks and generally behaving in an inappropriate manner. Or two. But, in reality, that never really concerned the Professor as much as all of those term papers he still had to grade, a tedious task he had put off again and again and again. Now that that’s finally done and over with, the zombie problem will probably go away by itself, or people will just have to learn to live with it.

By the way, he flunked everyone, as usual. But with most of his students being dead or trapped in an unholy state between life and death, the groaning about the grades won’t even be as bad as usual – mostly the silence of the grave, intermixed with the occasional, tormented “braiiiiiiiiiiins”.

On a further administrative note, Professor Dr. will be offering his very popular course “Simple Introduction to Theoretical Physics”* again for the next semester. As part of Dean Martin’s “Broadening Cultural Horizons” initiative, and in collaboration with the Humanities department, the course will be taught in Sumerian and the script and handouts will be partly in Linear A, partly in Rongorongo. Participation in the course can be credited as practical exercise for any sexual studies course dealing with masochism. This course involves a laboratory, please bring a radiation-proof robotic suit.

*Formerly named “The Most Arcane and Abstract Concepts Known to Man”.