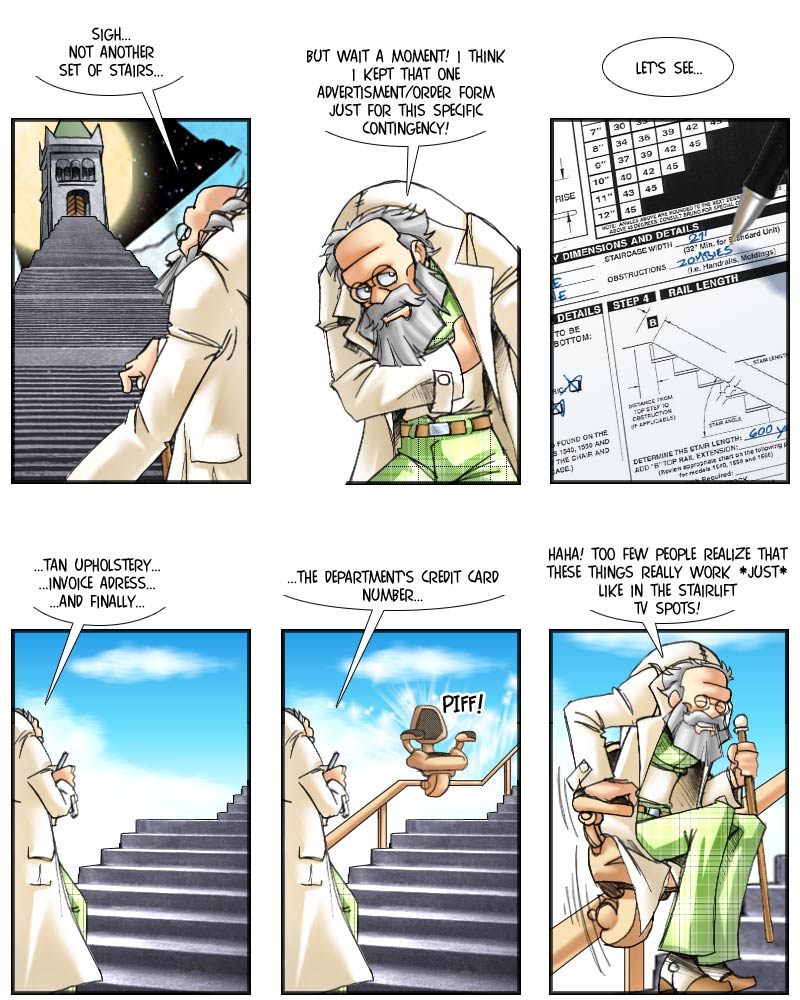 TV advertisements often show products appearing out of thin air at the very moment the happy customer has decided on their purchase, and many people think that that’s just a kind of metaphor/allegory/symbol of whatever – but that’s not true! Due to false advertising laws, companies that use that kind of depiction are legally required to actually provide such an instanteneous service if the customer request it.

For the manufacturer, that naturally takes a considerable effort – a limited sort of time manipulation is necessary. This is physically possible, however, as long as only inanimate objects are concerned – after all, a stairlift could not ever cause a time paradox by producing offspring with its ancestors, could it? It’s not cheap of course, and that’s part of the reason why things like stairlifts are still that expensive – but the manufacturers also profit from the fact that so many customers aren’t even aware of the legal requirement. Remember, the customer has to specifically request the instanteneous service with reference to the advertisements – manufacturers are required to have a corresponding option or check-box on their order form, but it’s often in very fine print and placed somewhere where it’s easily overlooked.

But the expenditure is still considerable, and most manufacturers wouldn’t do it just to be able to use that kind of commercial – but for some products, like stairlifts, instanteneous service is more or less required to begin with: People. never. order. them. in. time.

The Professor, of course, benefits considerably from his knowledge of these little-known facts – thanks to it, this very final step on the long road to his anti-zombification device is soo much smoother and faster than all of the preceding ones.