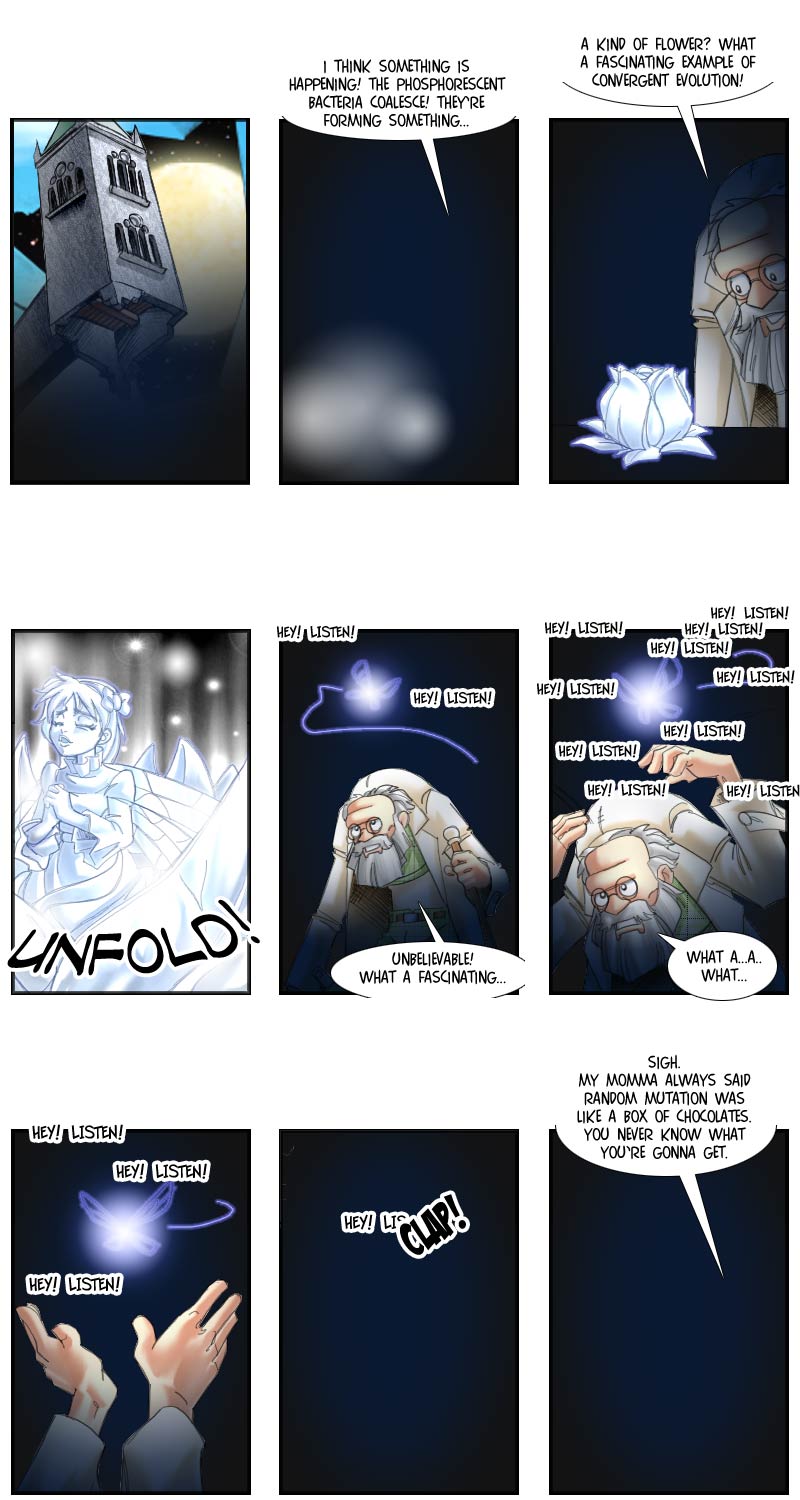 Well, seems there’s another drawback to the Professor’s plan I forgot to mention: random mutation.

While he might be able, to a degree, to guide the evolutionary process towards a specific goal by carefully manipulating environmental conditions, there’s no sure-fire way to prevent the evolution of additional traits that might be contratry to the Professor’s goals.

His main goal was to get his bacteria cultures to develop bioluminescence, and he got them onto the right evolutionary path by creating the right environment for it: He lined the petri dishes with billions of copies of microscopical magazines of high gloss bacteria pr0n, giving the little buggers a strong incentive to develop some method of producing light to read by.

What he failed to account for, unfortunately, was the fact that a B-movie environment typically fosters vast, inplausible or even impossible jumps in evolutionary development – thus, instead of faintly glowing bacteria, he ended up with a navi, which is about half a step up from esceria coli. While this new genetic variant featured the desired trait of bioluminescence, it also came with a number of secondary traits, not all of which were beneficial from the Professor’s viewpoint.

Even a quick, superficial analysis clearly revealed that the annoyance factor outweighted any potential benefits of the new species – including service as a light-source and the occasional hint that might actually be helpful. Thus, the Professor had no other choice than to terminate his experiment by exerting strong selective pressure against the new genetic variant. Manually.