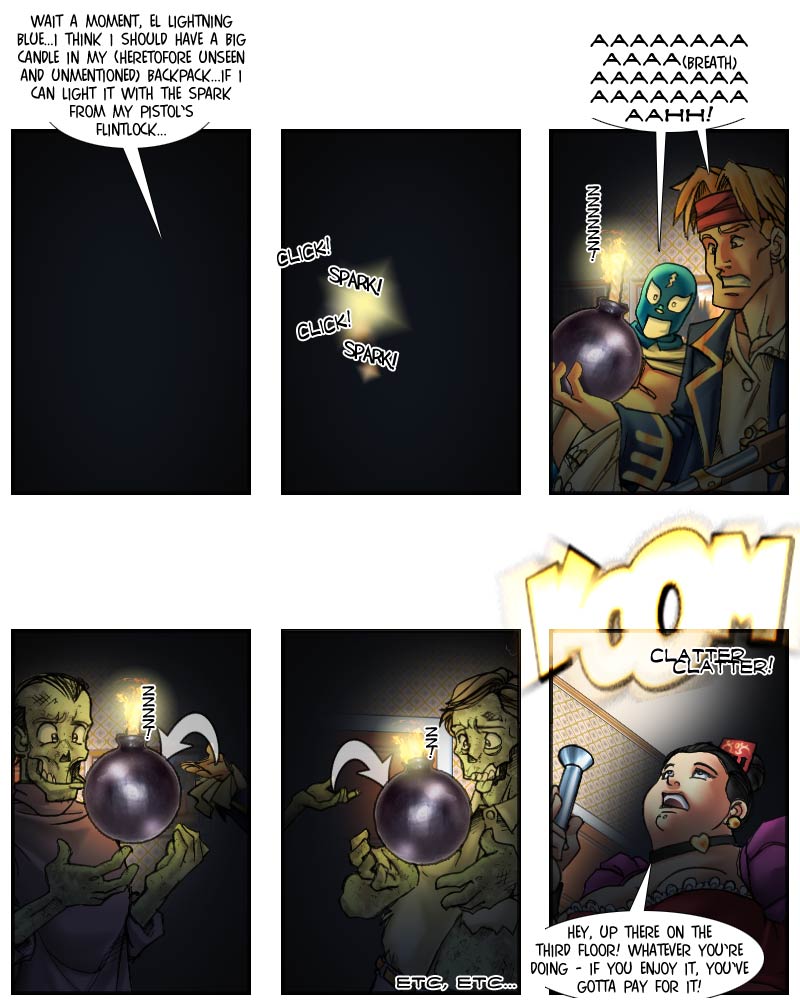 Now this was a setup I just couldn’t resist – as a pirate Father John can be somewhat plausibly assumed to be carrying candles as well as explosives with him and with his flintlock he can create sparks, but no steady flame. OK, there’s the question how he could get two items mixed up that shouldn’t feel too similar to the touch – on the whole, though, it’s probably still one of the less far out applications of this popular cartoon motive.

Normally you’d expect a traditionalist pirate like Father John to be carrying something along the lines of a primitive, cast-iron grenade with a wick – but the explosive in the strip, while looking similar, is actually a highly sophisticated modern-day ARED – an Anti-Roadrunner Explosive Device. Antique hand grenades are hard to come by and expensive, after all, while AREDs can be ordered from ACME – competitively priced, in boxes of 12, delivered via parachute within 30 frames after placing the order.

But at least Father John is using a real flintlock pistol – not just a Beretta with a wooden grip and an imitation flintlock glued to the side, like cheap pirates do. I’ll reserve judgment regarding his ship, though – it has full sails and rigging, but I’ve noted it sails suspiciously fast against the wind, and smells faintly of diesel…

Regarding the last panel: with her wealth of experience, Dame Sue X is no longer even trying to categorize people’s preferences – her rules are simple and easy to understand: if you enjoy something, it’s sex, and if sex takes place on her premises, it’s billable.