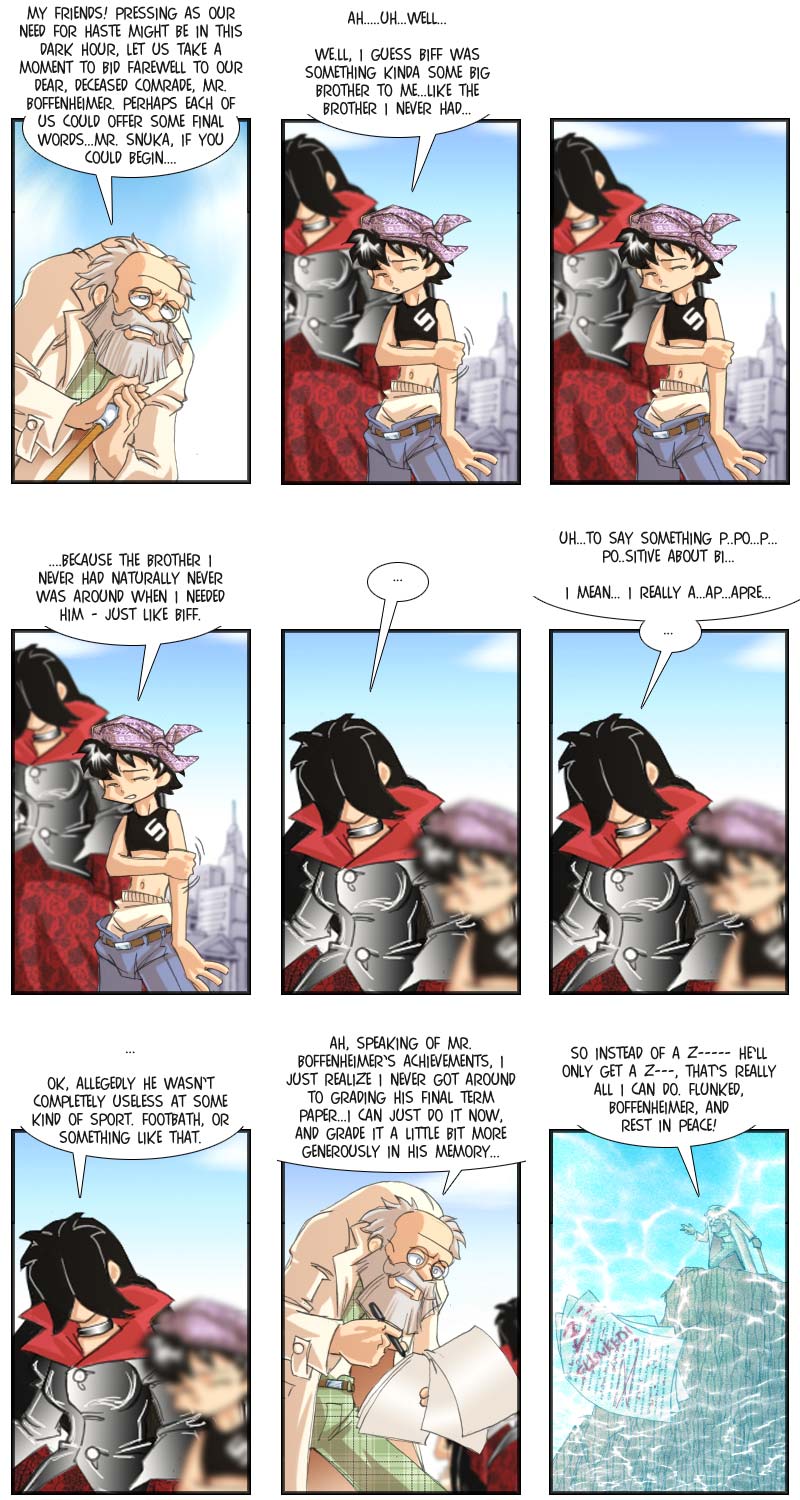 Quite obviously, Biff did really mean a lot to the Professor – bumping him up by two “minus” grades constitutes an irresponsible relaxation of his academic standards, the likes of which was never heard of before. In fact he had just recently expanded his grade scale from A-F to A-Z, just to enable him to realistically depict how much worse than everyone else Biff was…and he had been planning to add a couple of hieroglyphs and cuneiform signs, as well, because 26 letters sometimes just weren’t enough for it. And the Professor will probably still succumb to occasional pangs of guilt later, for having sent Biff on to the afterlife with marginally more academic credit than he actually earned…

Snuka obviously lost his surrogate older brother in Biff…but, growing up completely on his own on the streets of Cairo, he isn’t exactly Mokuba Kaiba when it comes to sibling devotion…(even though he looks somewhat similar =P).

Mopey also really made an effort here, stretching her ability to say something positive about someone (especially Biff) to its very limits…resulting in an almost lukewarm endorsement of his athletic abilities, by far the nicest thing she has ever said about him. (Although I’m not sure that that sport he played is really called footbath…I think it’s actually called crudball.)

Anyway, with the sentimental bit out of the way, the survivors can now move on towards their goal. New voting incentive is up, more on Monday.