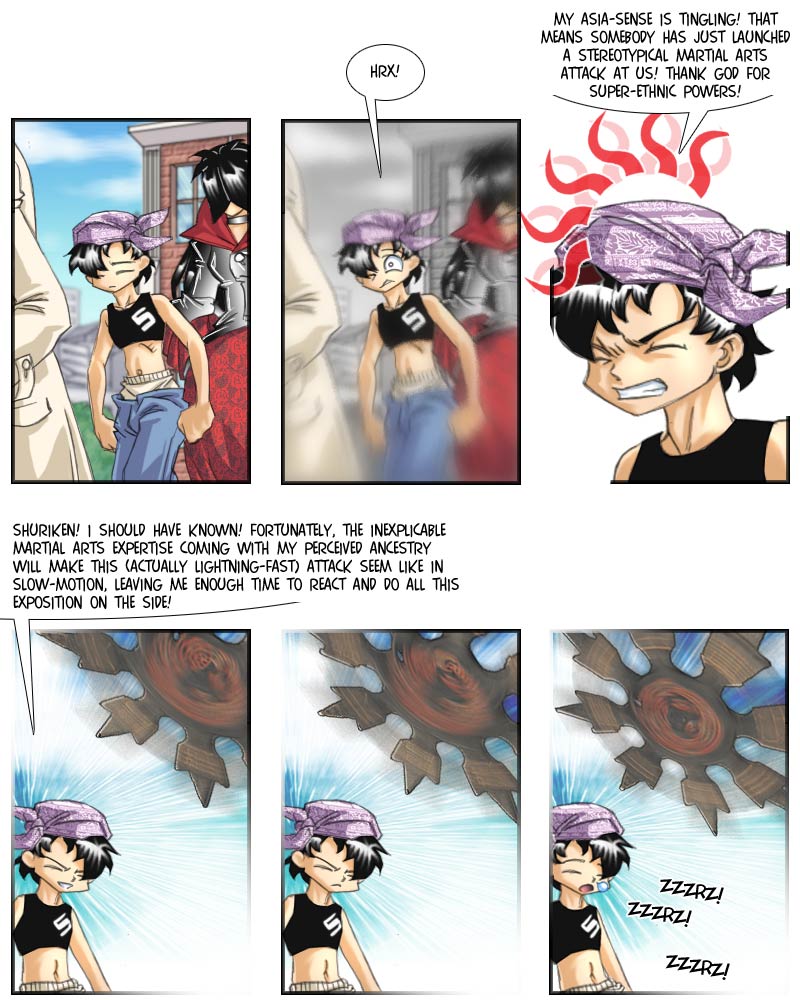 Remember the good old days, when action movies actually aspired to be “fast-paced”? It’s all different now. Nowadays, all the dramatic bits get slowed down to a snail’s pace, and then shown three times in a row – from three different angles, if the director tries to be cute. This is done either to stress the protagonist’s sovereign mastery of the circumstances, or just to make sure that even the most inattentive audience doesn’t miss what’s going on – but then, you can hardly blame them for being inattentive when they get served such a tortously slow scene, thrice repeated, every couple of minutes. Naturally, to make room for 15 second shots taking three minutes, a few other things need to go – in most of these movies, character development and plot are the first victims.

(Note that this is different from a classic recycled scene – if we get to see the same plane being shot down three times, but they are supposed to be three different planes, it’s just overly cheap, not overly pretentious.)

If the trend continues, a successful movie for the next decade will probably be produced as follows:

– slow it down to get it up to 35 minutes running time.

– string three copies of it together, with the middle copie being mirror-imaged for good measure.

– spread ten second bits of the original speed clip radomly around the footage, just to keep people on their toes.

– for a soundtrack, get a teen actor in the middle of voice change, and have him read “War and Peace”. In Russian, to give the audience something to thing about.

Back to normal speed on Thursday. Check out the new voting incentive, as well.