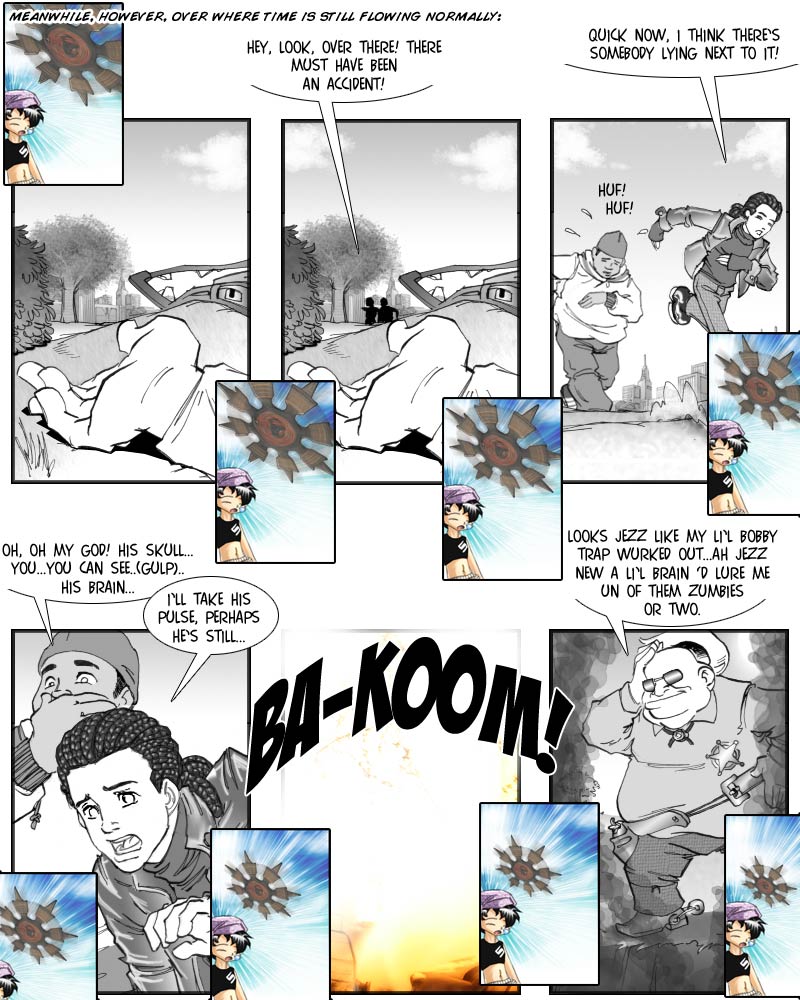 This is just to give you an idea just how slow that shuriken sequence really is, as compared to normal time – and to give you a little update on what the Sheriff has been up to. Seems he’s still valiantly struggling against the undead horde, putting all of his skill and cunning to good use. Yeah, all of it. Really, there isn’t any more of it than that. Yeah, sometimes I wonder how he even made it through adolescence without removing his DNA from the gene pool…yet he apparently made it through, at least physically. I think I should make clear, however, that the Sheriff didn’t bash some random motorist’s head in, just to use them as bait for his trap – no, he just happened over the scene of an accident, and instead of giving first aid to the gravely injured victim, booby trapped the car to take out a zombie or two…or a random passerby or two, whatever turns up first. All in a day’s work for Sherrif Jebediah Ketchum, incorruptible champion of virtue, law and order.

Come back on Monday to learn what will happen when the shuriken finally reaches its target – and which mysterious opponent threw it. A word of warning – today’s new voting incentive features nakedness.