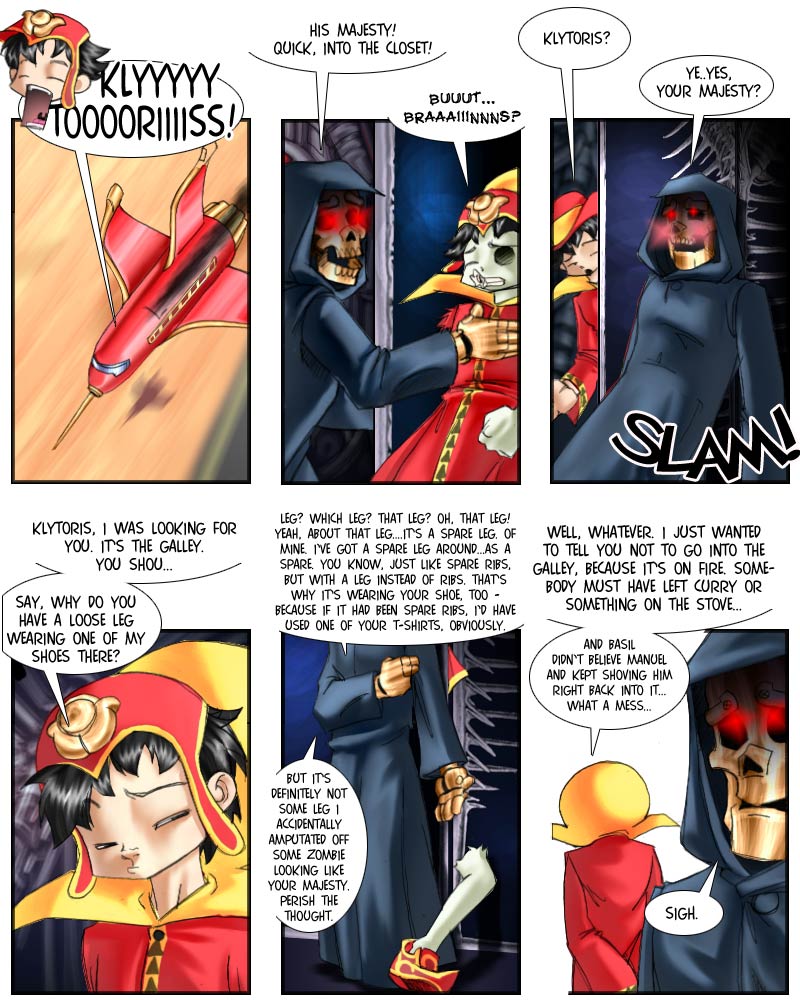 Aw, Klytoris just has the worst of lucks. He wanted to get a leg up on his plan, and now he’s a leg down. It must be depressing to see your vast army of zombies dwindle in battle – but it must be doubly depressing to see your single zombie gradually dwindle before the battle has even begun. I mean, axially symmetry in lifeforms has been around for years – so now Snuka is not only a remnant of a revenant, but a huge evolutionary blowback as well.

It’s Klytoris’ own fault, however, at least to a certain degree – as a qualified villainous henchmen/ secondary villain, he should know how different types of undead are supposed to be stored: Closets aren’t for zombies, you only hide skeletons in there. Zombies are supposed to be hidden in the backyard, vampires in the attic, and mummies in the pyramid (if your house came without a pyramid,however…uh…well, shame on the architect). That such basic facts aren’t widely known is a sad comment on the state of public education.

And, yes, Snuka’s in the closet right now. And Mopey isn’t around to comment that she’d always known it…what a waste of a good quip, she’s probably turning in her grave.

Perhaps this is the right moment to point out that George Geekish accomplished all of those amputation FX without actually removing any of Lee’s limbs. All the limbs missing from Lee were lost in the production of completely unrelated scenes. And it’s not such a loss, anyway, since he had had two of most of them. More on Thursday.