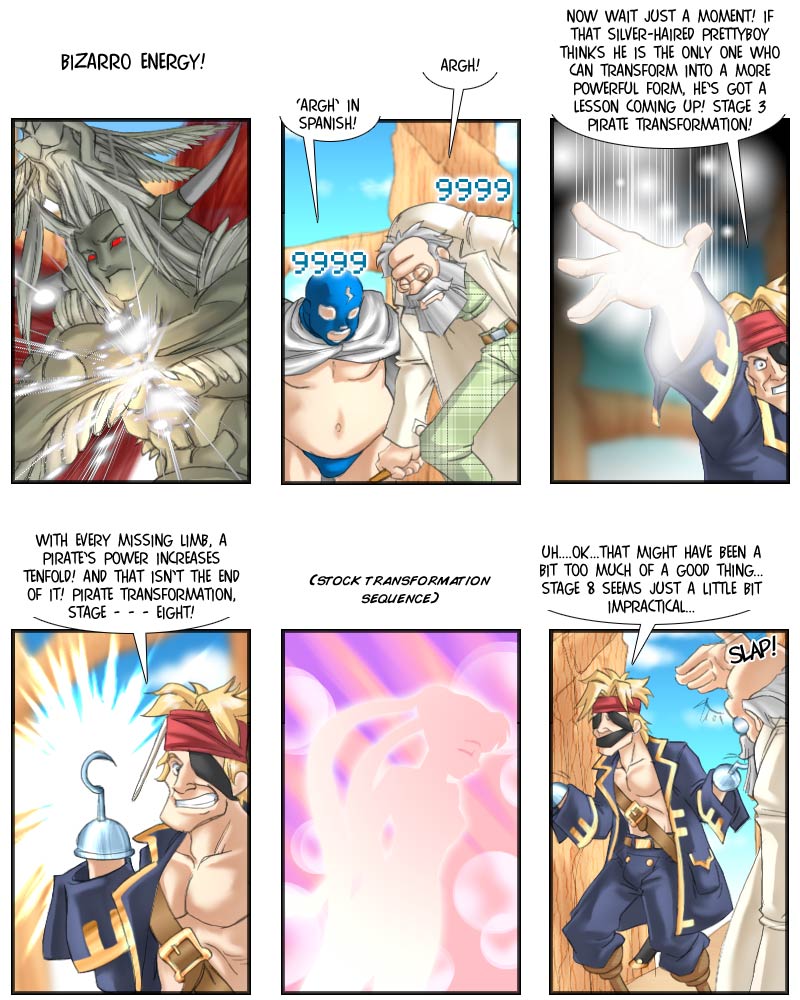 Everything isn’t lost yet, for our heroes’ bishounenly opponent is far from the only one who has altered, stronger forms at his disposal – pirates know of that trick, too! They are part of a small and exclusive group of characters whose figthing prowess *increases* with every limb they lose…in general, that is. Unfortunately, there is a stage known as “too much of a good thing”, after which physical handicaps actually handicap even a pirate character – unless he happens to *also* be an octogenarian kung-fu master. (Father John Captain McKenzien actually *has* bought an “How to be an octogenarian kung-fu master” study-at-home kit, but he hadn’t yet had the time to work throught it…)

Or, to summarize: Less can be more, but if you have more and more less, you can end up having less more than you’d have had with less less. More or less. o_o

Was that our heroes’ last chance? Find out on Monday! (A new voting incentive is up, as well.)

P.S.: Yeah, for the second transformation George used a sequence from stock – he has quite a collection of those, for various sources. Almost exclusively female forms, though, for some reason or other….