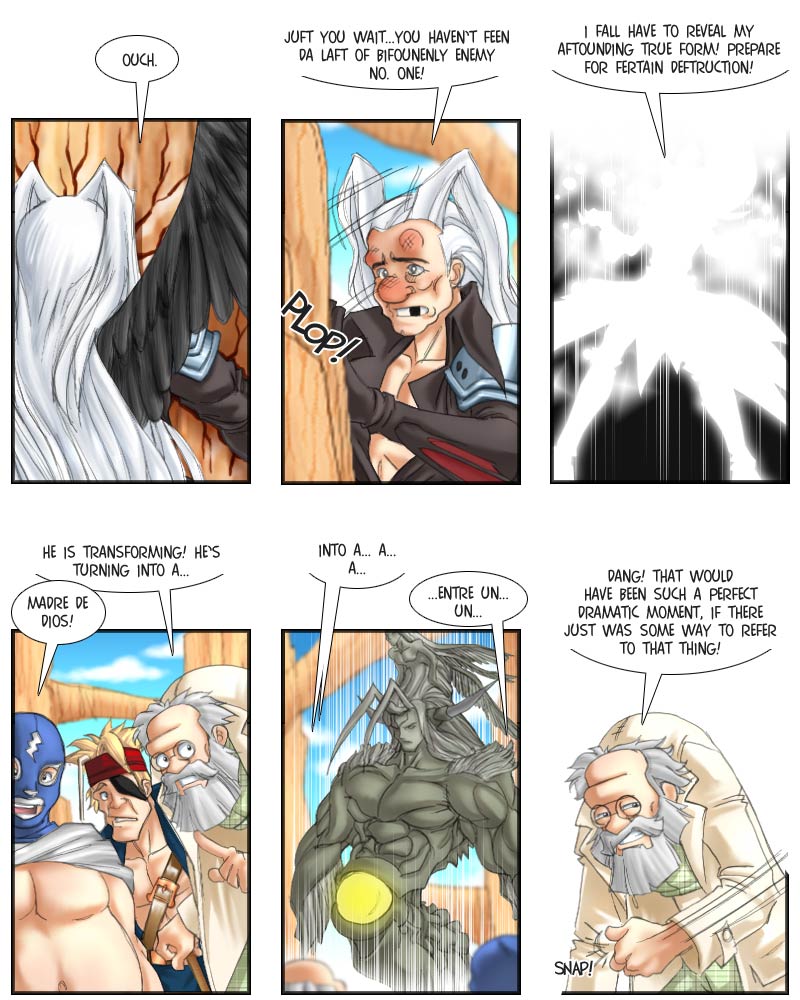 Well, as already indicated last week, our (formerly) mysterious (formerly) silhouette top henchman isn’t that easy to get rid off – because he can, naturally, simply transform into a more powerful form after being defeated (or defeating himself). (And, naturally, he only does it after suffering a defeat – he’ll never get the idea to save himself a world of trouble by transforming into this form right after the intro animation – and pounding the heroes into dust before they can even make it out of the prolog)

“Like a giant black bull with wings” = modest increase in power

“Like, some kind of muscular…thing, but kinda twisted, and there are horns-everywhere…and these weird, swirling…things. And some kinda wings, but they’re all weird…and the colours are kinda, like, uh….” = major increase in power

And, you know, when that kind of mutation leaves even the Professor baffled, that’s saying something. I mean, he has a full collection of weird mutations in glass jars in his office…

Can one of our heroes come up with something to counter their newly mutated enemy? Find out on Thursday! (New voting incentive is up, as well)