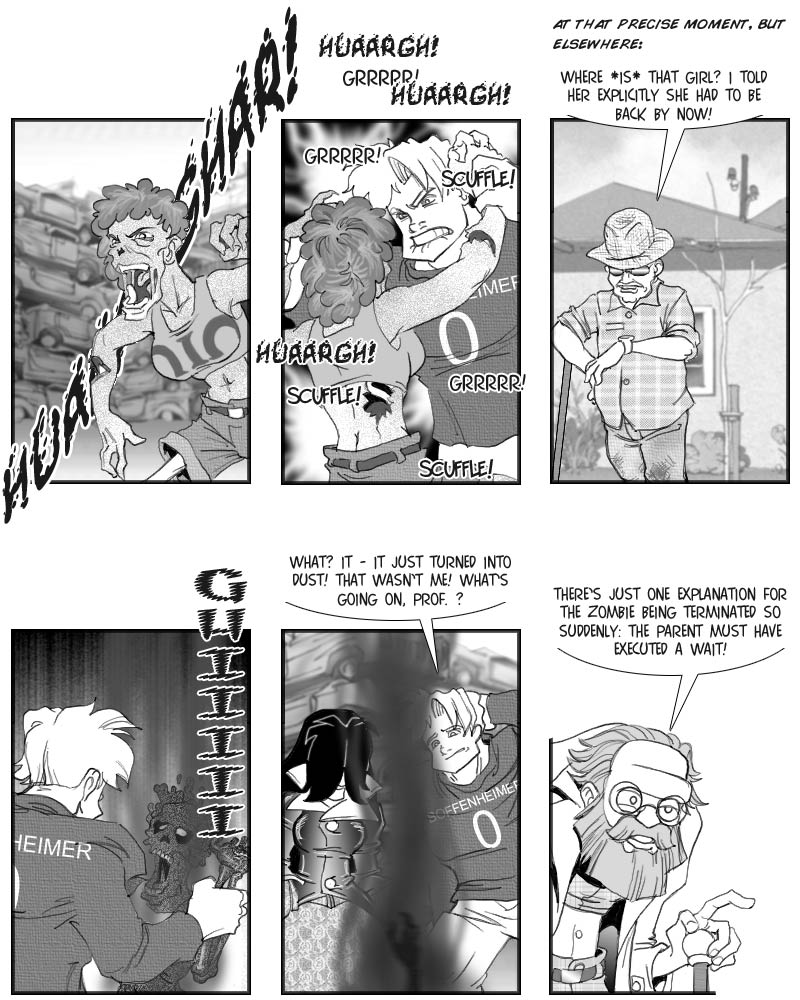 …but it’s still pretty early in the game. I did some online research into zombies and how to get rid of them, and this seems to be the most common case: the zombie is suddenly terminated because their parent waits for them. Yeah, yeah…I know, it’s strange, but that’s what the Internet told me. =B (On a sidenote, this same ambiguous terminology also features in one well-know case of English->Japanese mistranslation: An early Japanese language version of Linux contained an error message supposed to inform the user that a child process had been unexpectedly terminated – but it literally said “your firstborn just got killed.”)

This complies to the Third Cardinal Rule of Zombie Hordes: The first zombie belonging to a horde always appears alone. I dunno why that’s the case, I somehow can’t quite see a zombie horde having an organized reconaissance/intelligence gathering subset…

Poor Biff, though…first his ‘girlfriend’ ends up in the freezer, and now the first IOI girl he ever got physically close to turns to dust in his hands. Fortunately, he’s mentally rugged, so I don’t think he’ll suffer any permanent trauma.

On a technical note, this strip is quite dated already, and is one of two or three I had to do fully digital when my scanner didn’t work for a while. That’s why the lineart is so dorky, in places…or let’s say dorkier than usual, at least.

Naturally, a single loss is not going to stop a zombie horde, so there’ll be more on Monday. Today’s voting incentive features another unusual newsitem.