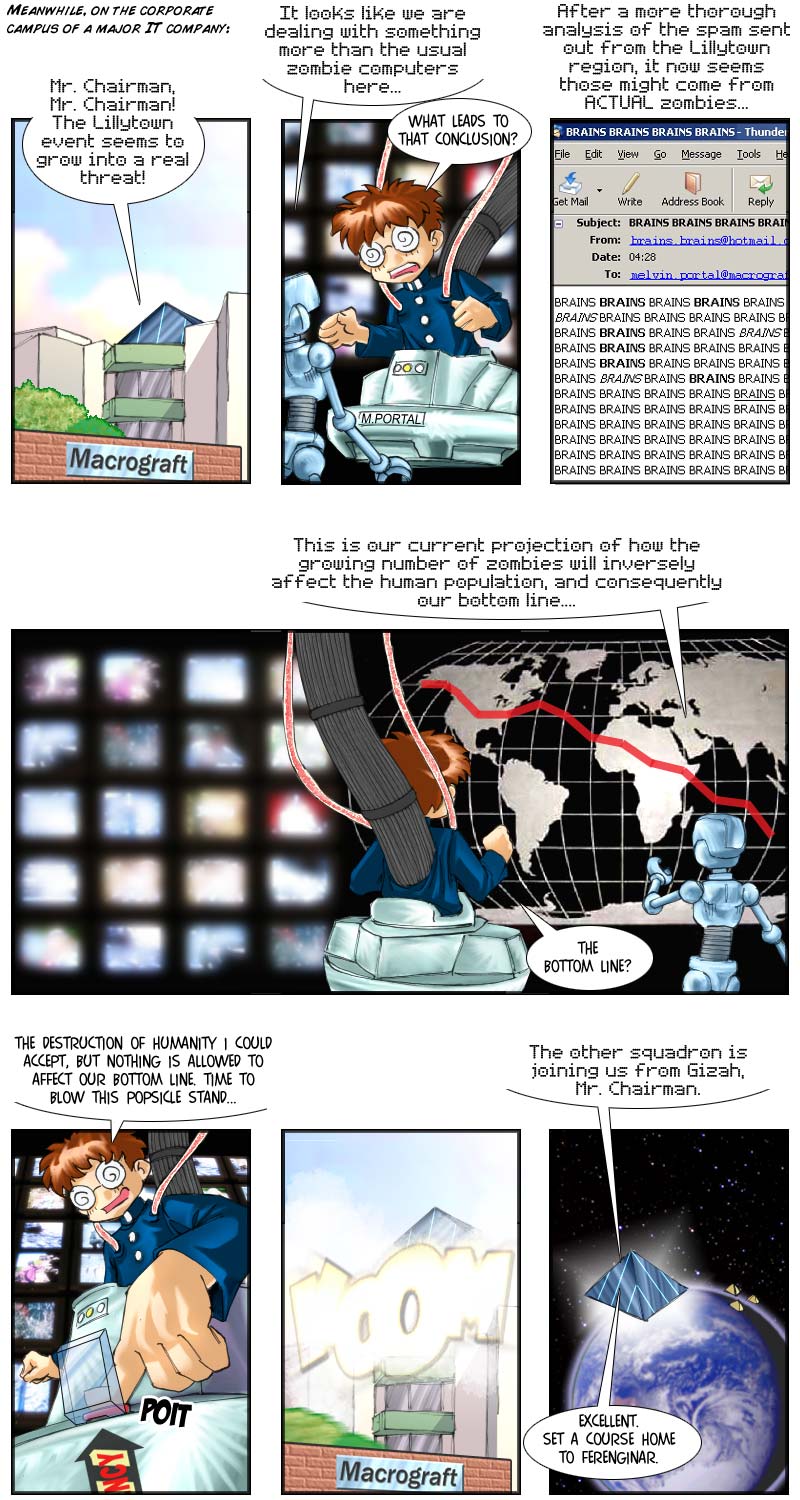 Not that such a resemblance would surprise me – any.

But yeah, that’s what I imagine a peek behind the facade of a certain international IT company would reveal: darkened rooms full of TV screens monitoring every corner of the globe, populated by vaguely humanoid robots, and presided over by somebody who is part Gurio Umino (Melvin Butlers), and part of some giant, unseen machine hard-coded with the Ferengi rules of acquisition. And somehow, it would be part of giant, age-old conspiracy involving the pyramids – humanity’s oldest and most glorious monuments to unbridled nerd-dom.

I also needed this episode to establish that said global IT company would not supply any aid to our heroes in dealing with the zombie threat. After all, it’s already been established that the government wouldn’t be of any help, so the natural follow-up question would have been: “But what about the *really* powerful people?”

As far as panel three is concerned…yup, Mel Portal uses Mozilla Thunderbird. What did you think he’d use? Outlook? XD