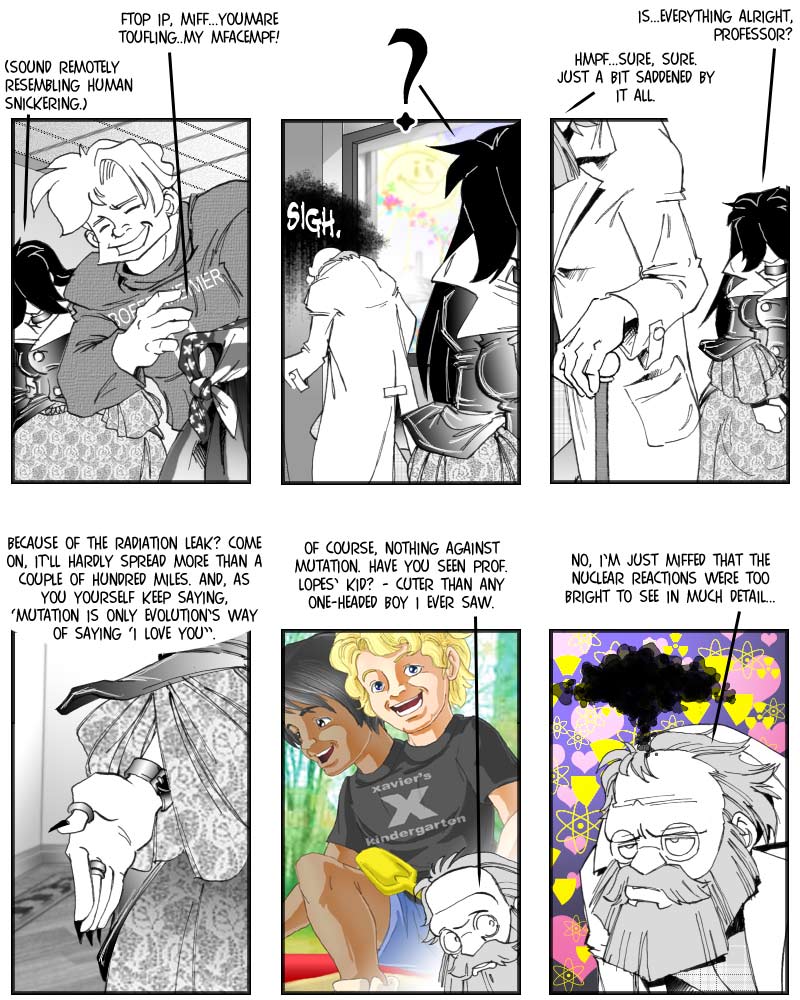 Well, at least Prof. Lopes will never have to deal with those annoying discussions whether his son looks more like himself or his wife…he definitely looks more like – both. Little Pedro and Peter talks a lot to himself, though, but that’s probably no major cause for alarm, in his case. He gets along with himself pretty well, in general. Let’s just hope he turns out to have the same sexual orientation when he hits puberty…*that* could complicate matters endlessly, otherwise.

In panel three, Mopey indeed shows a bit of compassion…all the strain must be getting to her. Don’t worry, I’m sure it won’t become much of a habit.

Prof. Dr.’s remark in panel six is actually a quote from a recent e-mail discussion – I assume the author would prefer to remain unnamed. =P It made sense in context, but I immediately realized it would sound perfectly ‘mad scientist-ey’ outside of it, and swiped it as the Professor’s new catchphrase. Even without excessive brightness, though, I’d think you’d need extremely keen eyesight to see any details on any kind of nuclear reaction – sub-molecular particles are pretty small, as I’ve been informed by Captain Obvious.

There’s a new voting incentive today, featuring a suggestion for retroactive meddling I would *like* to see in Star Wars. Update on the invisible killer (remember that?) on Thursday.