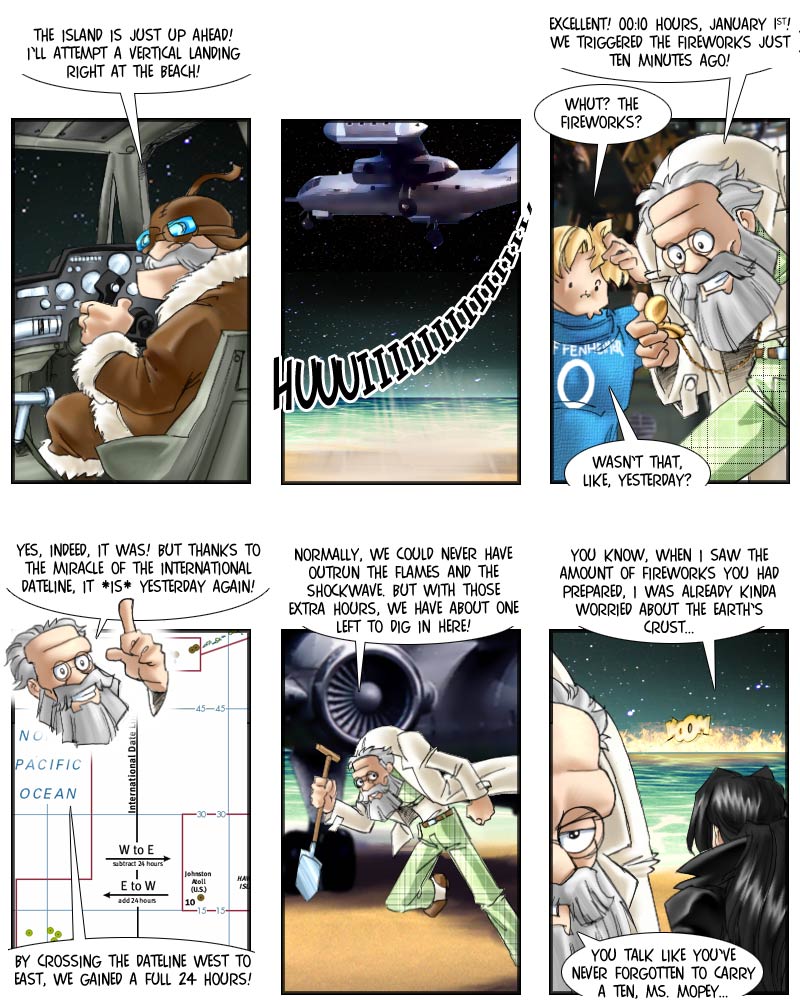 Using the International Dateline as a sort of poor man’s time-machine (well, poor apart from owning a super-sonic jet) doesn’t really work, of course – but it has nevertheless been done in B-movies and -fiction. The dateline is a somewhat abstract-ish concept, so scriptwriters know they can get away with it if they just don’t leave the audience any time to think about it at depth. This then results in what Alfred Hitchcock was fond of calling an ‘icebox moment’ – members of the audience would notice a plot hole or logical contradiction in a movie not while watching it, but only hours later, when going to the icebox for a midnight snack.(The crop duster scene in North by Northwest being a classic example of the effect.)

Pacific Islands are normally not a very good spot to sit out global disasters, given how vulnerable they are to even slight changes in sea level – in this case, however, the Professor knows that sea levels are bound to fall as soon as the ocean floods the giant crater left by his overly enthusiastic greeting of the new year. Good think he’s got tenure, otherwise they might even have sacked him over such a triviality as misplacing the American Midwest.

The upside to it all? If loud noises really scare of evil spirits, the Professor should have driven most of them out of the solar system, if not the Milky Way. Here’s hoping for a good and disaster-free 2009.