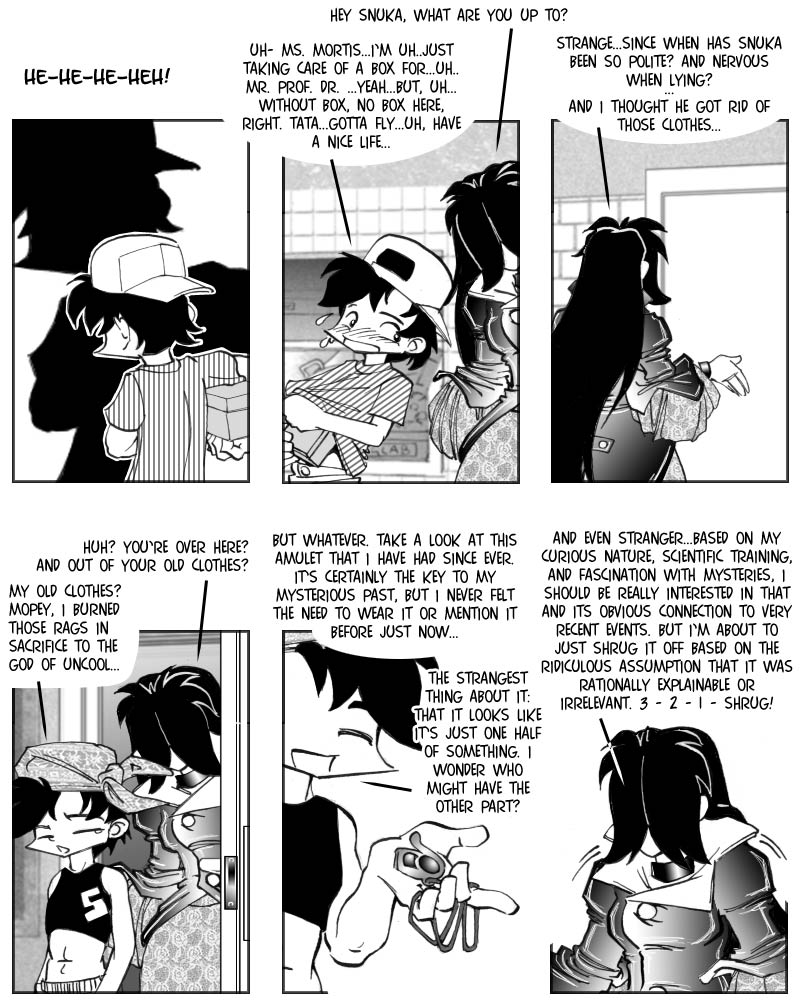 B-movies know only two types of mysteries: real mysteries and obvious mysteries. In the case of real mysteries, the audience is really unaware of what is going on, and thus adequately surprised when the truth is revealed – usually, however, this isn’t the result of clever scriptwriting, but rather of just forgetting to supply even the slightest clue:

Scriptwriter 1: “Say, doesn’t that chest appear rather suddenly in act 3? Perhaps we should hint at it a bit earlier.” Scriptwriter 2: “Ah, no need to. It’s a pirate movie, so the audience knows there’ll be a chest involved at some point.”

The other type of B-movie mysteries are the obvious ones: In those cases, a mystery is considered a mystery only because it is defined as such in a scriptwriter’s handbook. The audience, however, is going to see through it immediately, because: – the exactly same device has been employed in exactly the same way in dozens of other movies, because the scriptwriters on all of them used the exactly same handbook. – all the subtle clues incorporated into the story are as subtle as Mike Tyson’s pick up lines.

For some extra B-ness points, a movie can even give away the mystery before it ever pop ups – for example by giving top billing to the actor who plays the character whose unexpected reappearance is supposed to be the major surprise of the movie. Or by just naming the movie “The Unexpected Reappearance of Character X”.

No matter how obvious it all is to the audience, however, the characters themselves naturally have to feign total inability to draw (or disinterest in drawing) the glaringly obvious conclusions, irrespective of the intellectual capacities they are scripted to possess. Occasionally, a thoroughly disillusioned scriptwriter might even cover it up with something self-referential, like:“That could never be the case – it sounds like something out of a bad movie script.”

In short, I expect everyone should be able to spot contrivance No. 942 in today’s episode, and shall thus refrain from spelling it out. By the way, I made a drawing of the whole amulet to figure out what the parts should look like, but then proceeded to lose said drawing. So I’m now going to have to figure out what the whole was supposed to look like from the part I’ve drawn. And, strangely, when looking at the part I have not the slightest idea…

And, yes, Mopey’s last name is “Mortis”. Ms. Mopey Mortis. What did you expect?