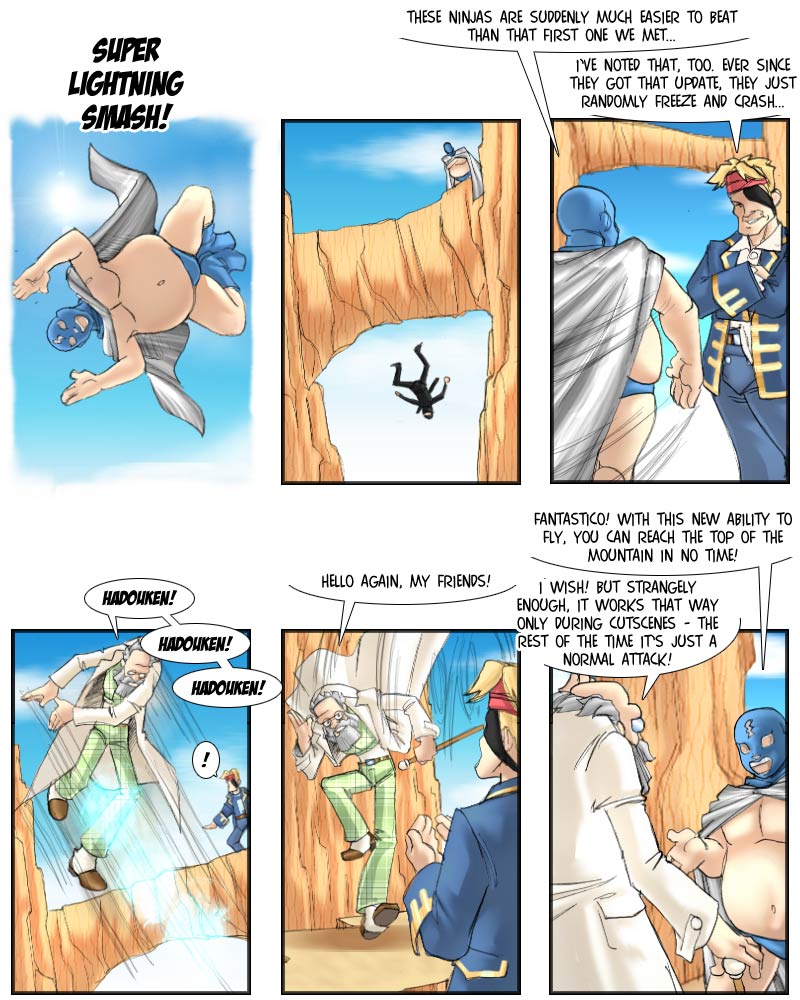 Since the Hadouken attack originates from a video game, it unfortunately comes with a couple of restrictions specific to its orginial medium: As a video game attack, it can’t be used for anything else but dealing damage under most circumstances – no matter how many other uses it should theoretically have.

Normally, of course, you would expect somebody who can throw fireballs to never run into any trouble with burning down a house, starting a campfire or even just lighting a pipe – but in a videogame, even a hydromancer who can cause and control massive tidal waves with their merest thought can still drown in about a foot of water, just like everybody else. >_>

This problem, however, is actually the player’s fault – which is proven by the fact that whenever the CPU controls a character during cutscenes, all the ‘alternative’ uses of such an attack are at its disposal…only to disappear without a trace (Or mention. Or explanation.) as soon as the player regains control.

Anyway, our little group of heroes is united once more, strenghtened by new abilities, and ready for the final push towards their goal. More on Monday.