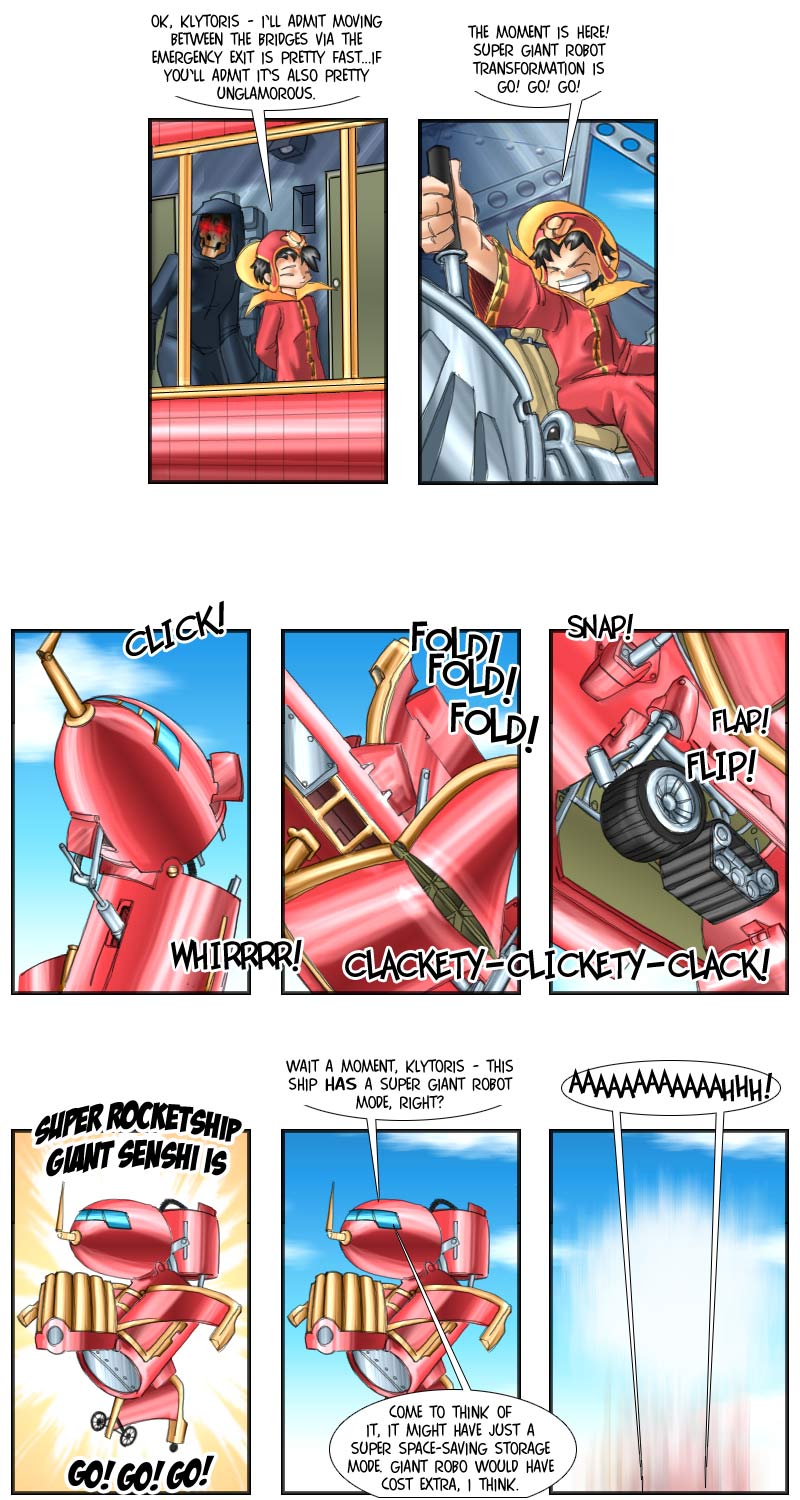 OK, I will have to admit that I underestimated Akuns – contrary to what I stated last Monday, it seems he did not fall for the insidious allure of the giant, transformable robot option. Instead of investing into a giant robo mode for his rocketship (which would have cost much, much more than its limited combat value would have legitimized), he decided in favour of the much cheaper folded-up storage mode option. A very sensible choice, which is bound to save him a great deal of money in the long run – hangar space is very expensive to construct and maintain, so making the best possible use of it is just economically sound.

It’s just too bad, though, that the giant robo thing is such an ingrained stereotype – so deeply ingrained, obviously, that even Akuns himself completely forgot about having gone against the grain, and in superficial hindsight automatically assumed he had gone for the more typically villainous choice. An understandable, but nevertheless unfortunate, lapse of memory. Even more unfortunate is the minor operational mistake that followed in its wake – while a giant robot transformation can take place in mid-air and with all personnel aboard (thanks to a temporary breakdown in the laws of physics), the space-saving storage mode should and can only be engaged when the craft is on the ground and the crew has disembarked.

This course of events makes his choice just a little bit less clever, in grand total. While his cost-savings are still intact, they are now somewhat offset by additional costs in pain, humiliation and possibly life, as Akuns and Klytoris are hurtling towards doom in their folded-up mess of newly-dysfunctional technology.

For our final assessement, however, we will also have to consider some empirical data from history: given his nigh-interminable string of failures, it seems highly likely that Akuns would find himself – somehow – in an equally bad or even worse position even if the rocketship had successfully transformed into a giant robot. OK, let’s look at the numbers: