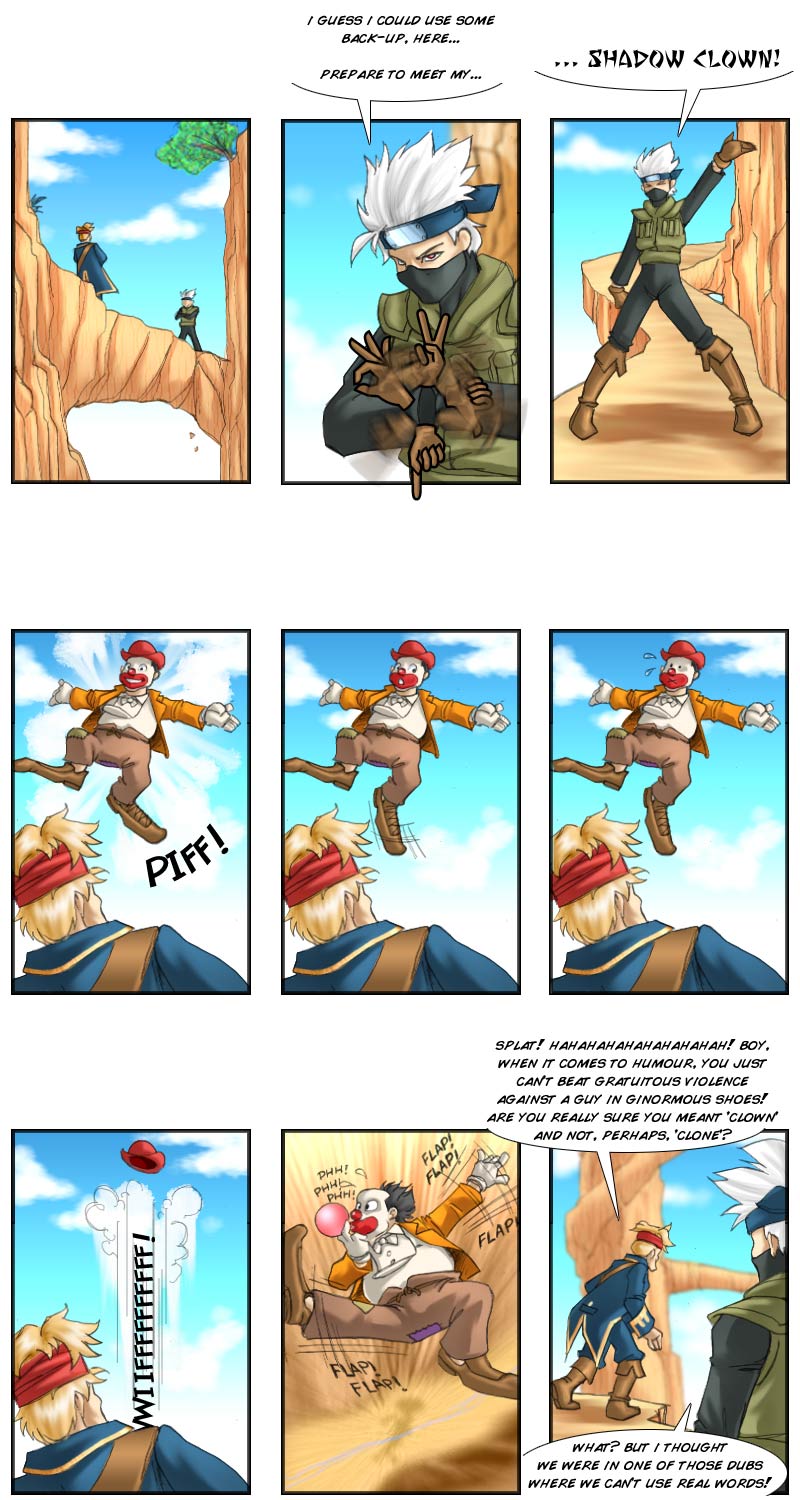 You know what kind of dub he is talking about, don’t you? >_>

And remember: you saw it here first! It’s really only a matter of time, though, that somebody will reach the conclusion that cloning is too controversial a subject to be referred to on an animated show (after all, animation is only for children, isn’t it?) and all such references will have to be purged and replaced by something inane.

Thanks to all those kids safety features, the clown in today’s episode can at least be sure that he won’t die upon impacting on the canyon floor – he’ll only be sent to another dimension. Difficult to predict, of course, how the inhabitants of that dimension are going to react to the sudden appearance of a splattered mess of former clown out of nowhere…but, likely, they’re going to laugh. Because violence is nearly always funny, if it just happens to be inflicted onto somebody with a red nose and big shoes. The bigger the shoes, the funnier.

No matter what the reasons were, however, the verdict will have to be that, as a combat move, this clown distraction was utterly inefficient – thus, the second round goes to the pirate, as well. I will award another half point to the ninja, however, because at least he was thinking of the children.

With the pirate having increased his lead, will the ninja be able to catch up on Thursday? In the meantime, a new voting incentive is up, as well.