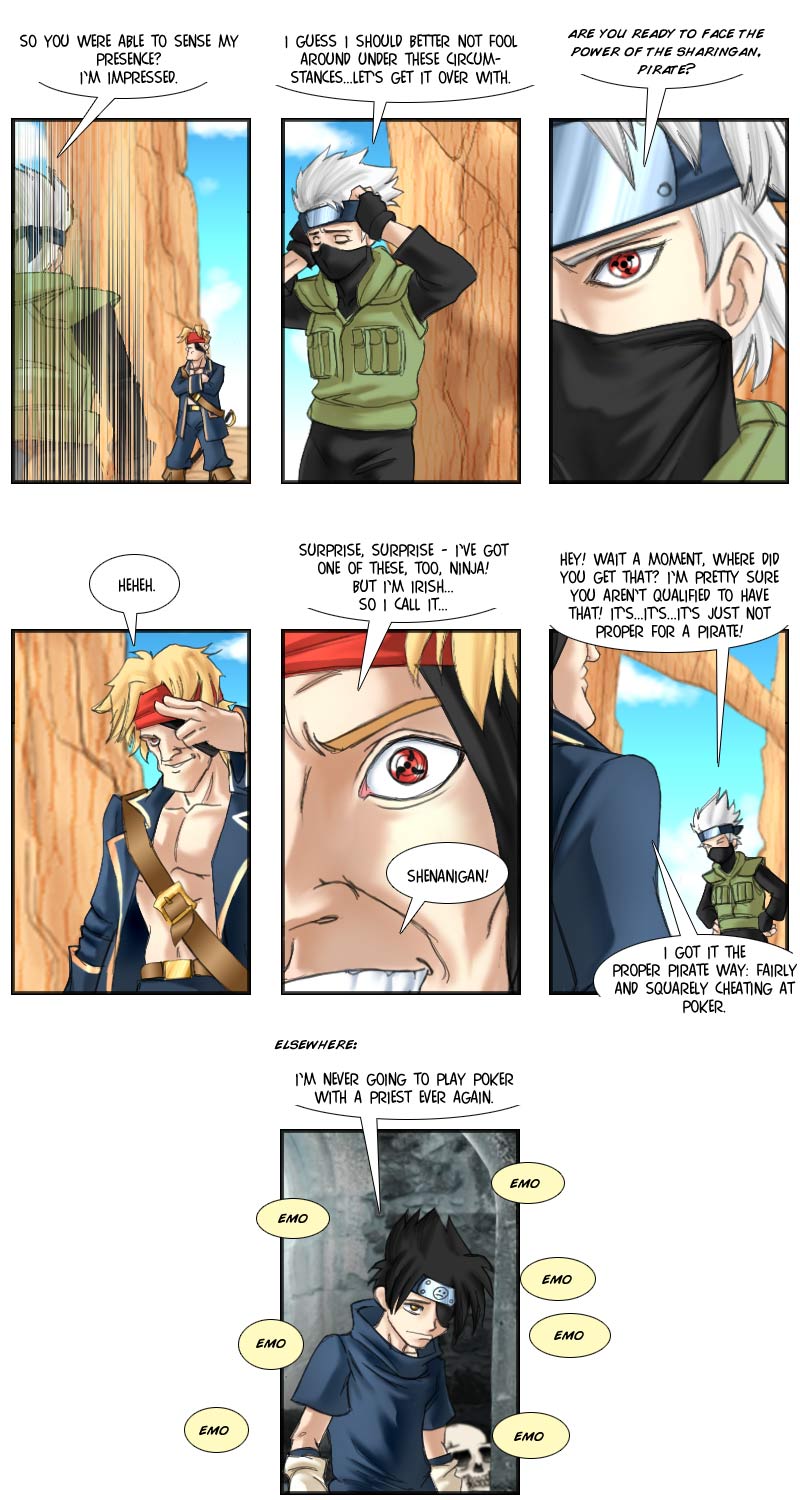 And thus ensues another mighty battle in the endless struggle of pirates vs. ninjas.

I’m keeping score, and the first points clearly go to the swashbucklers – not only did the ninja not manage to surprise Father John Captain McKenzie, it was the Captain who managed to pull a surprise on the stealthy assassin. And a surprise, moreover, he had managed to hide in plain sight up to now – after all, you expect a pirate to wear an eyepatch for some reason or other.

You see, Father John knew naturally knew that he would have to square off against a ninja, one of these days. So he has been preparing for this moment for quite some time, and when he met that one emo kid ninja, he felt that one of his eyes would make a perfect addition to his anti-ninja arsenal. And for the kid, it would be a cheap price to pay for such a valuable life-lesson as “never play poker with a priest.” So everybody won! And depth perception is overated, anyway.

Naturally, while he was still only a priest, Father John did not regularly play poker for body parts. But now, as a pirate, he considers it a socially fully acceptable leisure activity – plus, he’s running a considerably lower risk of loss than he did before, given how pirates are encouraged to cheat on such occasions. And the extra- wide cuffs of a pirate coat make for comfortable storage of more than just a few extra aces – you can hide several extra decks in there.

So yes, the pirates are leading, up to now. I’ve awarded 0.5 points to the ninja, however, for his textbook-sample use of stock phrases.

But this was only the first round, of course, and the fight is far from being decided yet! More on Monday, and don’t forget to check out the new voting incentive, too.