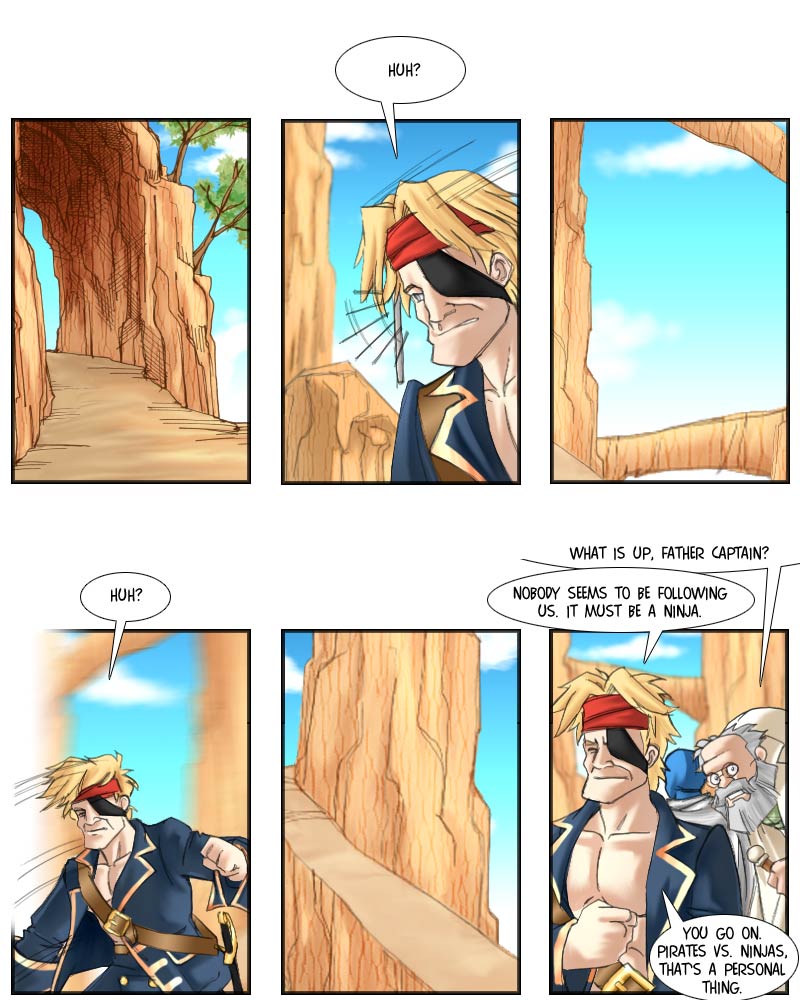 This strip serves mostly to set up this one, inevitable sub-conflict. You knew it was coming, because it’s the law of the Internet: You can’t have pirates without ninjas. Just as you can’t have ninjas without pirates. Pirates vs. ninjas is just one of those core questions of the world wide web, never to be answered, but always to be the starting point for heated discussions and/or homicides. Just go to some Naruto fan forum and ask people there what they think of One Piece…or suggest to some POTC fan that Jackie Chan would have been better than Johnny Depp as Jack Sparrow.

Father John Captain McKenzie, having become a pirate with all of his heart and soul, naturally knows about this conflict, and he also knows about the one thing that can alert you to the presence of ninjas: the complete lack of anything pointing to their presence. (Admittedly, the first panel originally had a faint throbbing animation, which I had hoped would add a certain sense of disquiet. Unfortunately, I didn’t really work, and caused some serious problems with the filesize. But if you’re interested, it can be found here.)

So tune in on Thursday for a new round in this perennial conflict between stealth and swashbuckling, saber and shuriken. New voting incentive is up, as well.