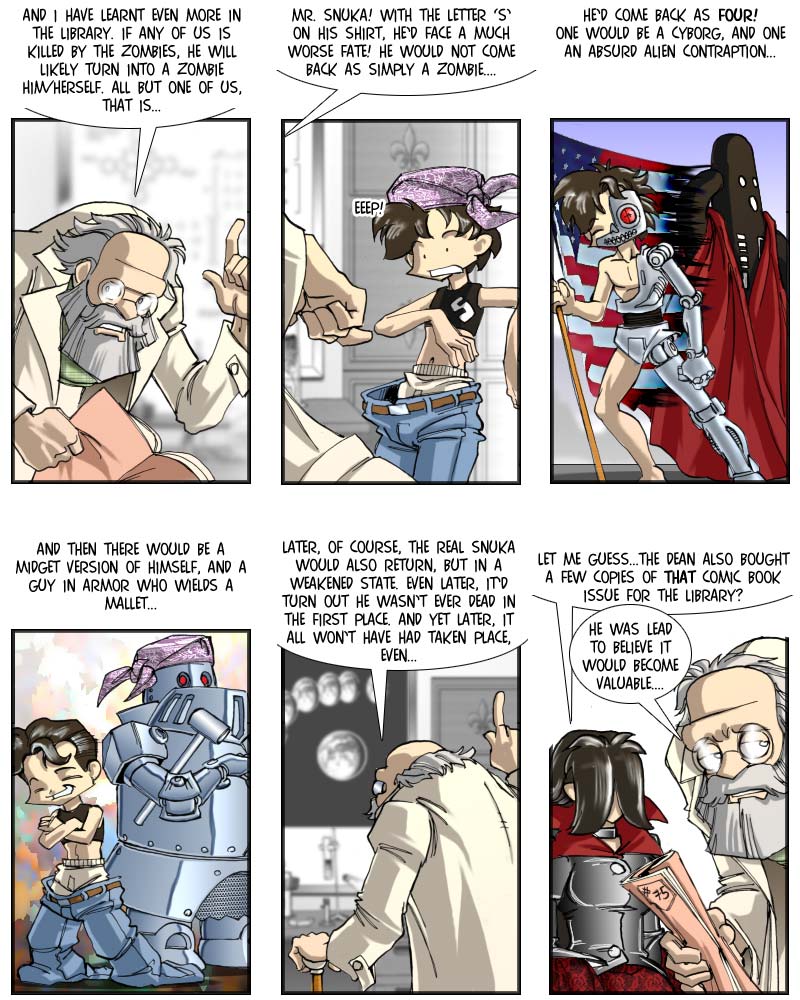 This lovely/depressing, or perhaps rather cute/morbid Mopey doll perfectly captures her true essence, and is by the creator of Substitute Class Imago, an action laden, crime-themed SciFi Webcomic. Check it out.

Thanks bunches and bunches, Aiken. =3

On to today’s comic…it’s not that I’m bitter, or anything. =P I never believed Supes would stay dead – they just never do, unless their comics sell less than 20,000 copies. Still, some people claim that DC’s “Death of Superman” promotion did play a part in the market’s eventual near-collapse in ’93. They allege that, since the whole thing made national headlines, it attracted over many collectors from other fields, who bought comics in hope of quick profits – failing to realize how decidedly un-final death is to popular comic characters. Unaware of comic kay-fabe, they ended up feeling not only disappointed – they felt cheated. For one such opinion, see here. I was recently reminded of all that, of course, by the death of Captain America – which also received national and international media attention. Fortunately, this time around, most press reports mentioned doubts about the permanency of Cap’s departure, and alluded to other times popular heroes had seemingly died.

Naturally, most comic book heroes don’t return from the dead as zombies – that would be a bit unpleasant, not only for the heroes in question, but also their girl/boyfriends. Getting abducted and held hostage by comically dressed villains is bad enough, you don’t want to be saved by the shambling deceased on top of that. And, there are many alternatives! Clones come to mind, there’s always time-travel, and then some heroes transfer their consciousness into random bystanders, animals or objects…the possibilities are endless. For superheroes, being suddenly faced with comrades, friends, family or lovers long since deceased has become so much of an, at least semi-, regular event that there is even a meta-trope for it: ‘resurrected’ friends turning out to be villains in disguise, or other cases of confused identity. Only a matter of time until there will be the first resurrected sidekick who gets hypnotized into believing he is in reality only a villain hypnotized into believing he is someone’s resurrected sidekick – to trick the hero into killing his sidekick-villain-real-sidekick (who he thinks is just a sidekick-real-villain), causing him to guilt-trip at least until the next time his sidekick is resurrected. Or seemingly resurrected. And then people wonder why superhero comics are increasingly confusing for members of the general audience…

Oh well, let’s just hope no zombie kills Snuka, or it could get really complicated.

Today’s voting incentive features another current news item, a story that just can’t have taken place without Sheriff Ketchum being involved at some point. More on Thursday.