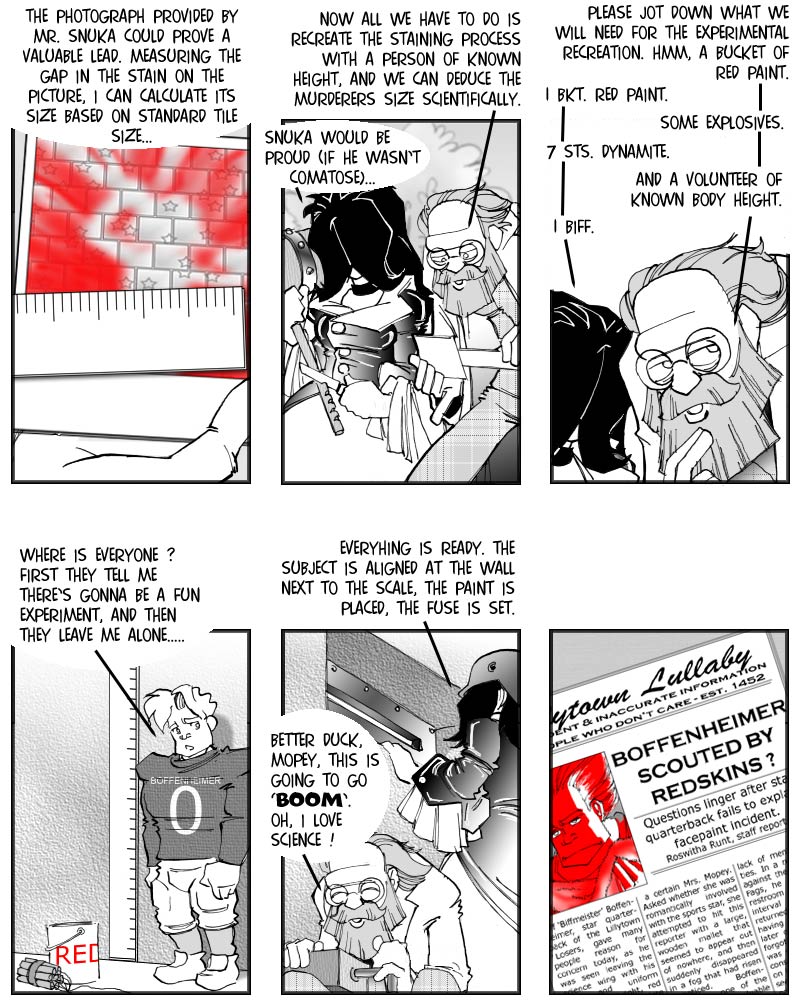 Science is great, but, as Professor Dr. has learned over the years, everything is better with explosives. And another rule he has taken to heart: always experiment- simulating something on the computer is just no fun, compared to blowing up things in real life. For him, experimental recreation is the best recreational activity of all. It this basic scientific instinct, this general curiosity of how high he can blow things, that has kept the Professor mentally young. However, it has also kept him from landing that job as director of that nuclear power plant.

If you don’t get to be a scientist and get to blow things up, the next funniest thing is becoming a journalist and causing all kinds of chaos by researching shoddily, jumping to conclusions and generally mess with peoples’ lives in a completely irresponsible way. Just remember to keep it ‘fair and balanced’ by ruining peoples’ lives irrespective of their creeds, race, gender, sexual orientation etc. (This is done most easily by just questioning everybody’s alleged creed, race, gender or sexual orientation in the first place. Don’t miss the next issue of the Lillytown Lullaby, when they will bring you the first scoop on: ‘G.W. Bush – secretly a black, liberal lesbian!’)

I don’t think Mopey should be marking her ‘kills’ that way – not because there’s anything wrong with gloating, but she’s weakening the handle.

There’s also a new voting incentive today, a follow-up of sorts to the last one. Uh, it has some, uh, coarse language – so if you are easily offended, please vote for me with closed eyes. 😛