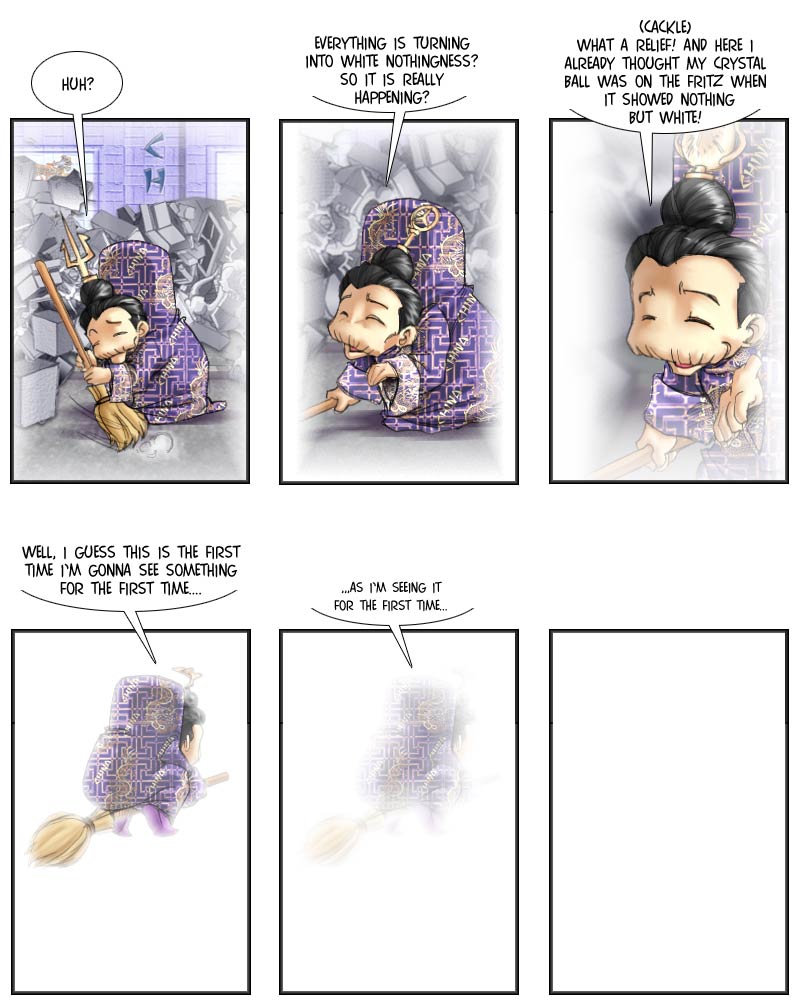 Non-clairvoyants always underestimate the difficulties involved in clairvoyance…scrying doesn’t just involve staring into some crystal balls and telling your clients what you’re seeing. The key lies in interpreting your visions correctly.

All Ms. Wong could make out in her orb beyond a certain point in time was utter whiteness – but it’s quite understandable that she didn’t immediately realize that that was what the future would actually look like. She just thought her crystal ball needed some readjusting to the swirling, ever-changing patterns of the Void Beyond, and had already made an appointment with a service technician. Crystal Ball often show you the weirdest stuff when their adjustment is off. *nervously glances at the giant flaming meteor in his own crystal ball* At least I hope that that’s the explanation…

That’s also one of the reasons why it’s highly advisable to keep the time-frame for your predictions on the vague side. If you predict a specific event for a specific moment in time, everyone will point and laugh at you if you got it wrong – if you choose a formulation that sounds like you’re referring to the near future, but could technically refer to the far future as well…then the worst thing that could happen is that you inadvertendly found a religion.

Anyway, here’s a prediction that I’m pretty sure off: This should have been the last of the ‘fading to white’ strips. More on Thursday.