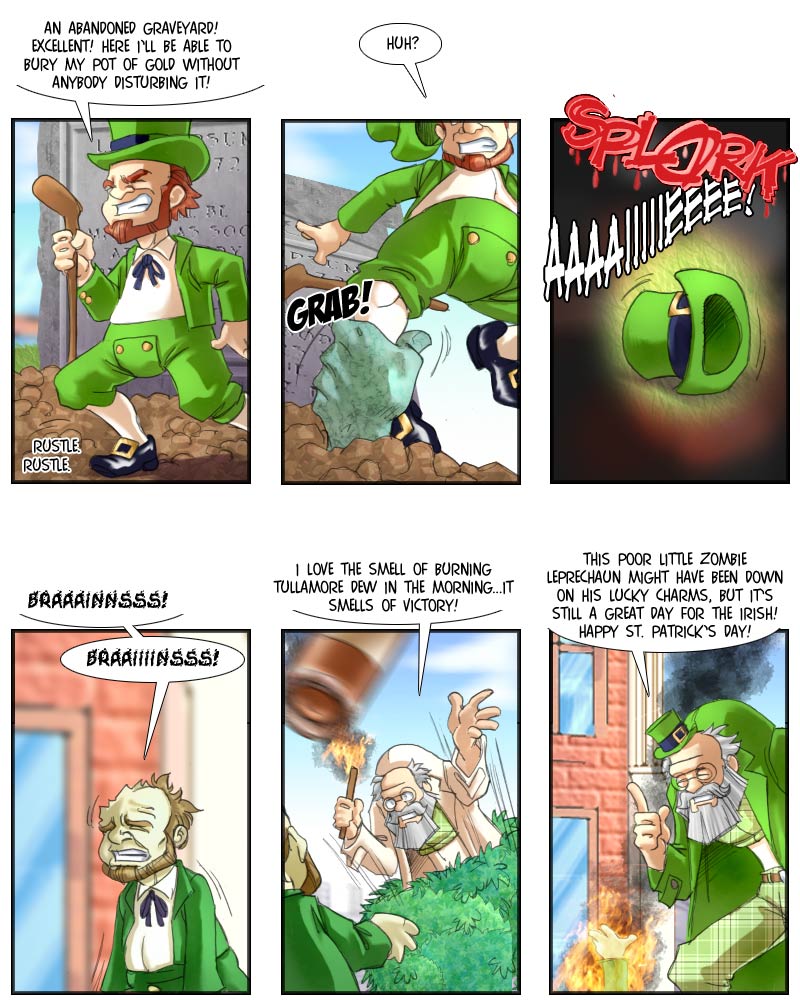 Leprechauns might be ubiquitous today, but I bet there are few other places that can offer you a zombie leprechaun for the occasion! (Likely due to that being a really sick idea?) And I must say, that greenish tinge of decomposition looks better on a leprechaun than on any other mythical creature I can think of, and perfectly befits the day. Also note how considerate the Professor is in his choice of brand – since he isn’t sure whether the leprechaun is an Orangeman or an Irish Catholic, he douses him in Tullamore Dew, rather than either Jameson or Bushmills. After all, it would be an insult to incinerate somebody with wishkey from the wrong part of the country…

As regards the reason for originally scheduling this strip for last Thursday…Well, it seems that the Catholic Church has officially moved St. Patrick’s day to March 15th this year, as March 17th falls into Easter week (which happens very rarely, and will not happen again until 2160). Turns out, however, that nobody really cares for their opinion on the matter, and so I followed suit and scheduled the strip for the traditional March 17th date, as did most everyone else. =P

Enjoy the green, for on Thursday it’ll all be back to pink again. =P New voting incentive is also up.