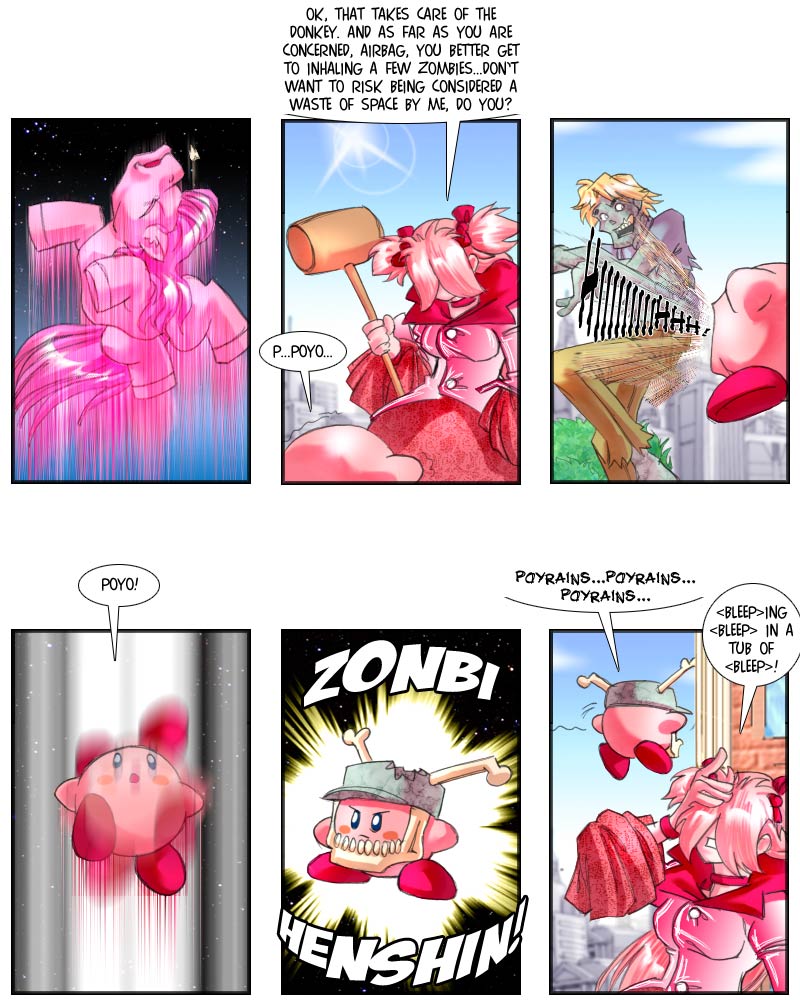 Due to a scheduling problem, the special originally anounced for today will run next Monday, and we’ll instead carry on with the saga of PinkPrincess!Mopey today. I’ll explain later. =P

Mopey’s treatment of the poor, little pony might seem a bit harsh, at first, but it’s really just a conditioned reflex she has no control over…gaudily coloured little ponies were a deeply traumatic presence in her childhood, and a big part of that which she had to reject to discover her true self. So whenever she encounters something like that nowadays, out comes the mallet, practically before the visual information even really registers in her brain…often she’ll only remember a colour blur, and a fleeting, vaguely disturbing feeling…plus the shocked expressions of people around her, after she’s knocked another little girl’s garage sale merchandise into the stratosphere.

And of course she’s not much happier with her other summoned helper…when your opponents are mindless undead, the ability to inhale and swallow them at the price of taking over their characteristics seems like a rather limited boon. It looks cuter, though…

OK, that’s it for today…on Monday, as mentioned, there’ll be a special, and then we’ll see how much longer Mopey will be trapped in a hell of pink and purple. New voting incentive is also up.