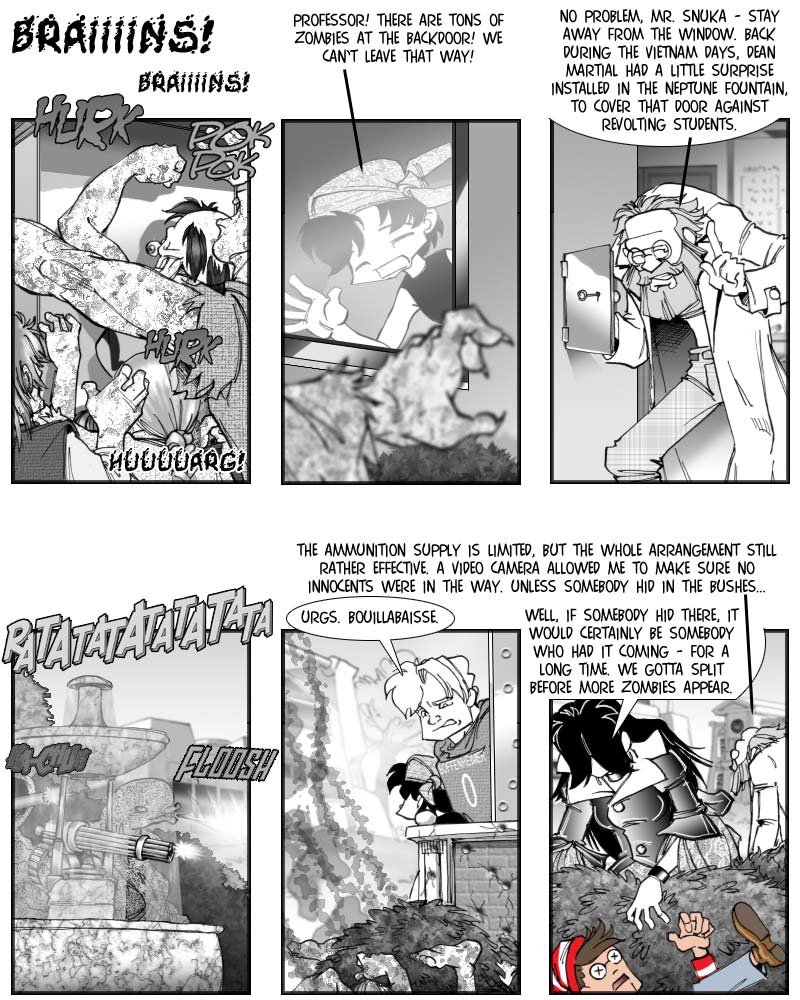 Unlike current Dean Martin, his predecessor Dean Martial was somewhat more conservative-leaning, as you can see. During the Vietnam War, he had assault weaponry secretly installed at select locations on Campus – including around Professor Dr.’s lab – because he expected student protests against the military research efforts, and he wanted to “give those stinking hippies a warm welcome”. He intended to use them against revolting students of both kinds: those that were revolting, and those he found revolting – i.e. almost all students.

Fortunately, the occasion never arose…Professor Dr. was mostly involved with the development of MREs, and the jury’s still out on whether that should even qualify as “supporting the war effort”, and not rather as “backstabbing” – so there never actually were any protests around the lab. The MRE development effort was top secret, anyway: even Professor Dr. wasn’t told that the stuff he was developing was intended for human consumption – and that shows, I guess. In the late 70s, the Dean’s political stance grew somewhat more moderate, and after Martial had run off to Tijuana with a male stripper in ’86, Professor Dr. was the only staff member left who knew about the hidden armarments.

As for the unfortunate gentleman in panel six, he really had that coming…unfortunately, given the current situation he’s pretty likely to return as a zombie. That should still make it a lot easier to find him in future, however – just look for the part of the picture that has all the dead people.

Today’s voting incentive ties in with the last one…as an equal opportunity employer, I have to feature female and male nudity in equal measure. More on Thursday.