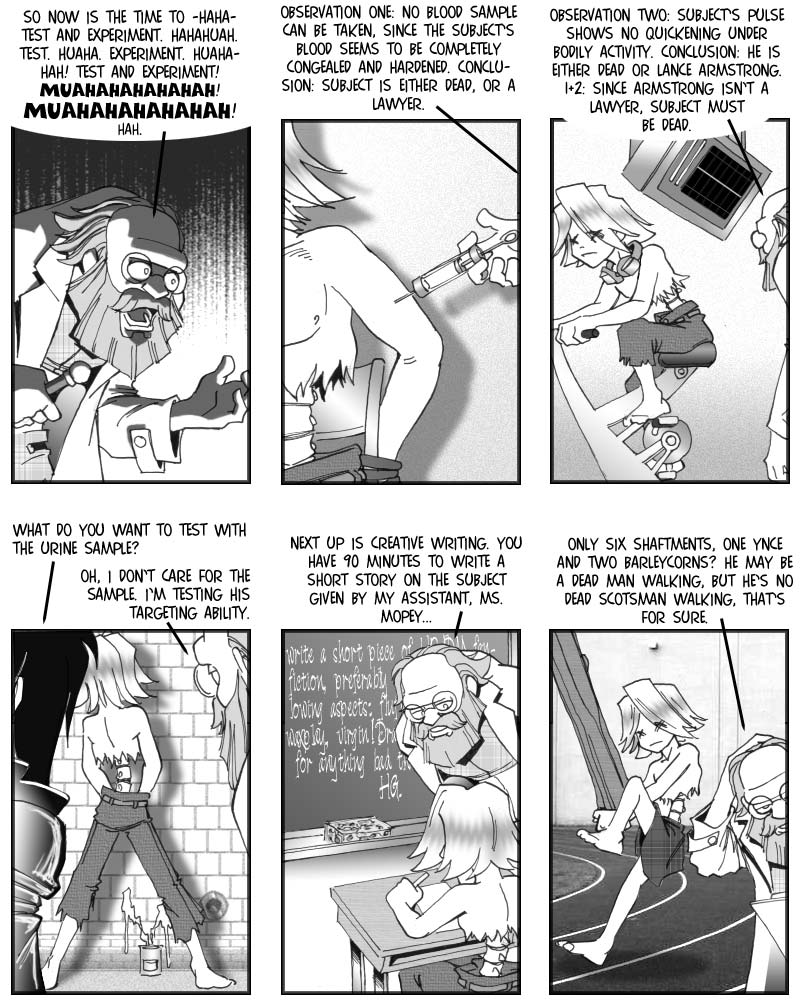 Yes, Professor Dr. sure loves his profession. As you should be able to tell quite easily, the test-and-experiment part is the one he enjoys most. He never jumps to conclusions – not only because that wouldn’t be proper scientific method, but also because that would mean skipping the best part. Quite a few elementary things about Gregory are blatantly apparent at first sight, yet the Professor would never accept them as fact without testing and experimenting – not out of any lack of perceptiveness, but just in order not to miss out on the fun.

And in this unusual case, you can bet that he will be thorough about it. Of course, the first two tests are devoted to establishing, by simple logic, that Gregory is indeed as dead as his apparent lack of some, rather vital, organs would suggest. The next three are standard tests for assessing various capabilities – accuracy, creative writing, and caber toss.

OK, so caber toss is not really a standard test in the strictest sense of the word. The Professor originally wanted a particle accelerator, but the budget just wouldn’t allow it. Dean Martin, however, felt that a caber toss range is really pretty much the same thing, as far as the principle of the matter goes, and now that he has it, the Professor feels he needs to employ it as much as possible.

A new voting incentive goes up today. Circumstances forced me to watch ‘Casino Royale’, but one good thing came of it: I can now exclusively reveal the true inspiration behind this movie, which my unusual perceptiveness allowed me to discern quite easily.