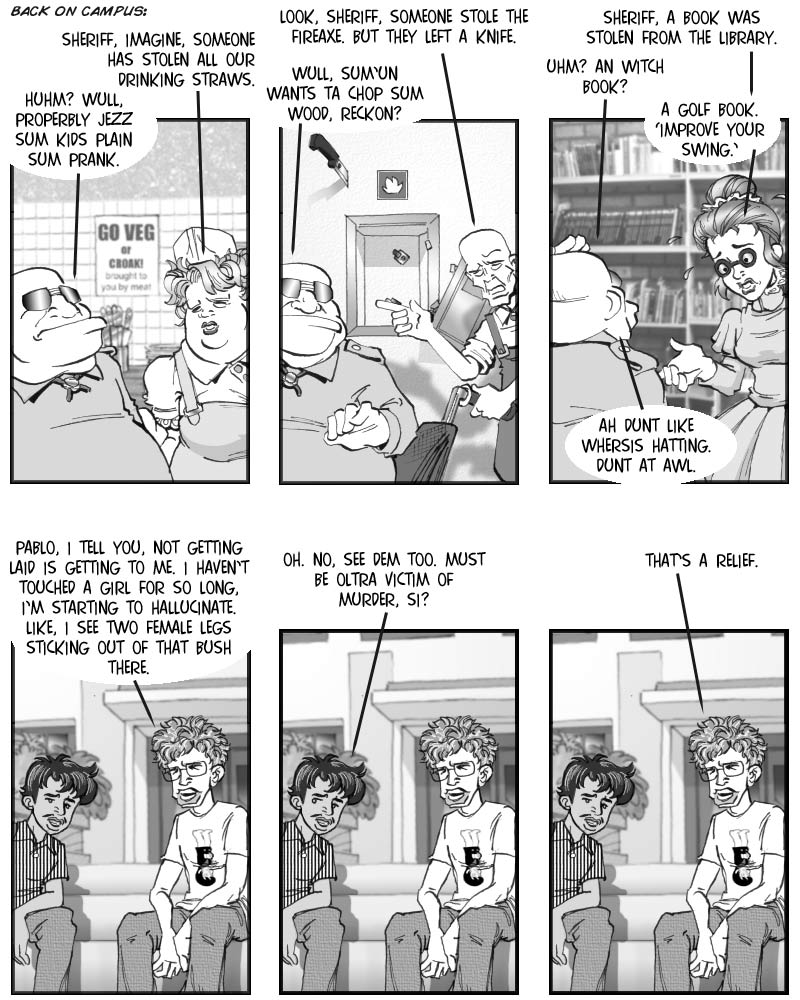 While the Professor and his friends are busy dealing with the problem they created themselves, the original problem has not really gone away by itself, it seems. Strange how that never seems to happen, yet so many politicians seem to blindly rely on that same effect.

Realization is creeping towards the Sheriff slowly. Very slowly. So slowly, in fact, that they filmed it using Stop-motion animation. As soon as it reaches him, he is going to realize that the knife-murderer has upgraded to axe-murderer. And that’s quite an upgrade, since a knife does only 1d3 of damage, and the axe does 1d8. Not that that would matter much, given that a ‘generic, big-breasted, b-movie female victim’ has 1d4-3 hp. I’m a dork.

Long time readers might recognize Lydia,librarian to Lillytown U. Library, in panel three. She had a very minor part in chapter one, where she proved her knowledge of the location of every book in existence. Oddly, that doesn’t seem to include the stolen book. Pah, minor incongruity. It’s not like I would care about major incongruities, even. XD

The two guys in the last three panels are just some generic students. I think director Erik von Strohut is not going to use those two actors again in this movie – he said he found their acting to be rather awkward. =P

On Thursday, the Sheriff will get on the new case for real – and in an unexpected way. Please vote.