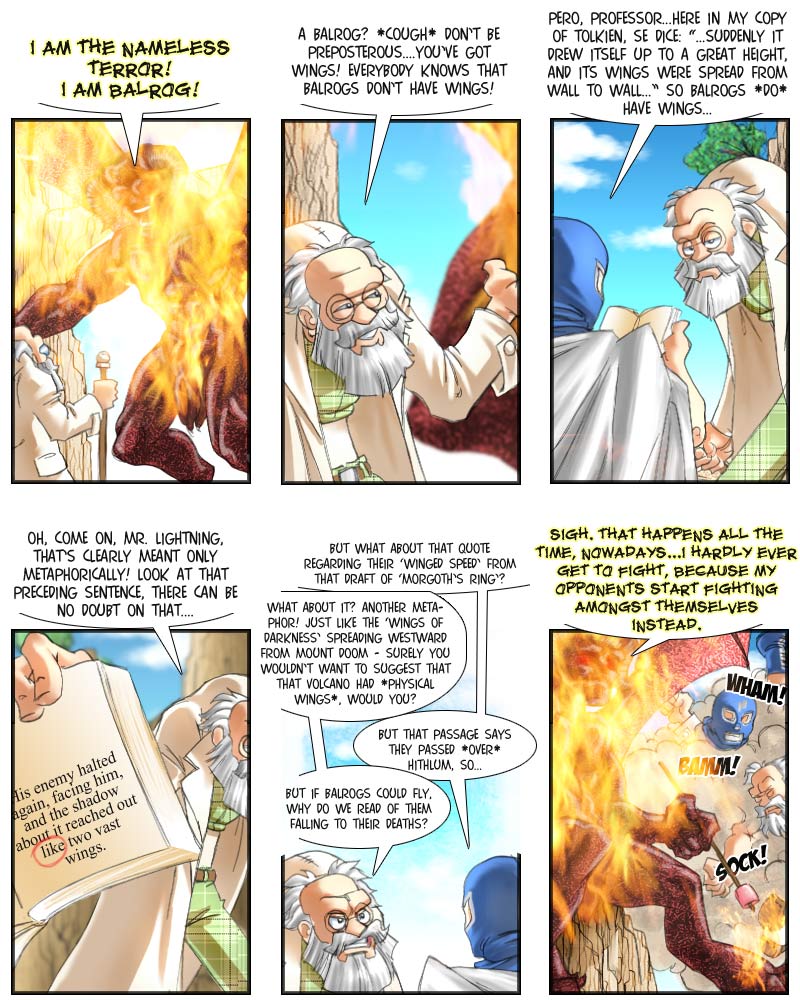 Now this was completely inevitable – whenever Balrogs are mentioned anywhere on the internet, a new battle is waged in the never-ending war between adherents of the two competing theories regarding Balrog nature: Do, or do they not, have wings? Typically, these battles end in a standstill, but local and temporary successes are sometimes gained by either party – the war itself, however, will never end…and in 2,000 years, when humanity has long since forgotten that these books are only fiction, people will blow themselves and others up over the question…

I decided to take the quick route, and simply integrated the inevitable dispute into the plot…but if you harbour doubts that I did no more than scratch the surface of the issue, just look here or here. And, yes, positions on this have become so entrenched that discussions would continue even in the face of an actual Balrog, which would immediately be labeled a fake or mutant by one of the factions….

I’m pretty much neutral on the issue, myself, but the medium didn’t leave me much room for ambiguity – so my Balrog *does* have wings, but only because I think it looks better. =P

Well, more on Thursday, and don’t forget to check out the new voting incentive.