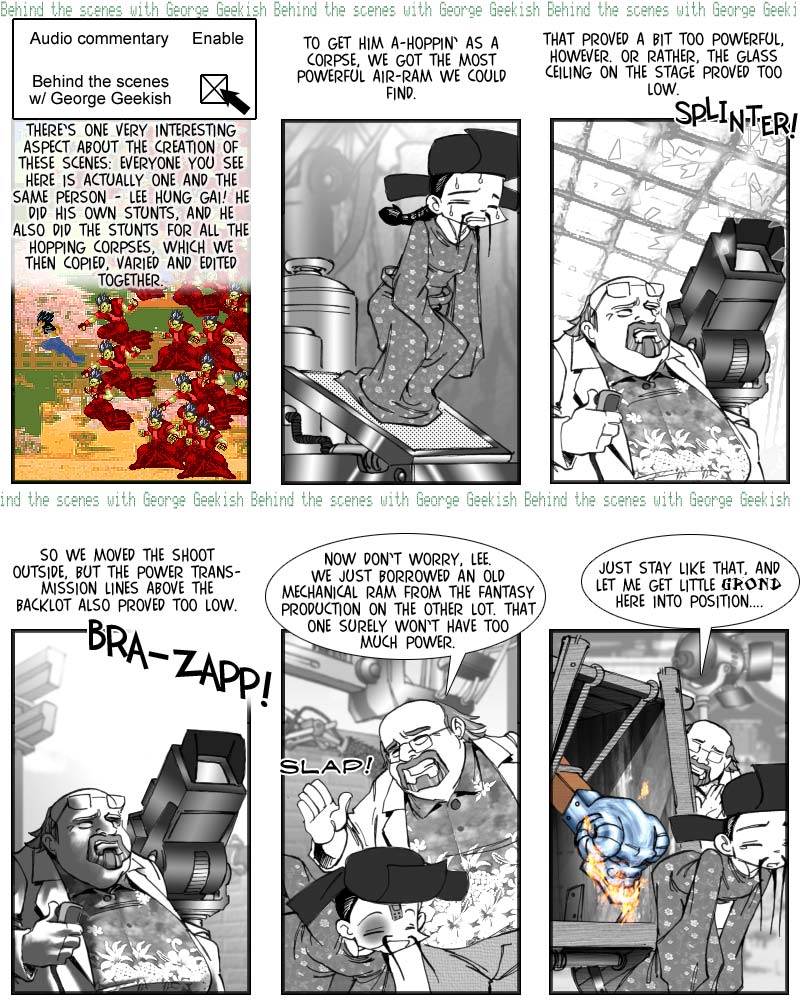 And now you know what Lee had to endure for that single crowd scene.

On the pro side, you could say Lee is the first Chinese immigrant in the stuntman business who managed to break through the glass ceiling – but he could have seriously hurt himself there, if the thorny poison ivy hadn’t broken his fall.

And “getting catapulted into the transmission lines” isn’t an achievement even in the metaphorical sense. Normally, he wouldn’t even have received an electric shock in that situation, but there was something that connected him to the ground: his ‘safety’ line. >_>

It hardly got better with that mechanical ram, though – while it didn’t catapult him quite as far, removing most of the problems with the landings, the launching procedure itself wasn’t entirely comfortable for him. Especially considering that they needed about three dozen shots for that scene.

And his day didn’t even look up when he hit the stuntman bar in the evening. When his friends there asked him why he didn’t sit down, he told them how he had been “hit in the butt by a huge, flaming battering ram all day long”. Then his friends picked up their drinks and went to sit elsewhere. T_T

But I promise things will look better for him in next Monday’s episode, also featuring foreshadowing and the return of a favourite character from the first chapter! A new voting incentive is up, as well, featuring 100% more Ed Elric than the last one.