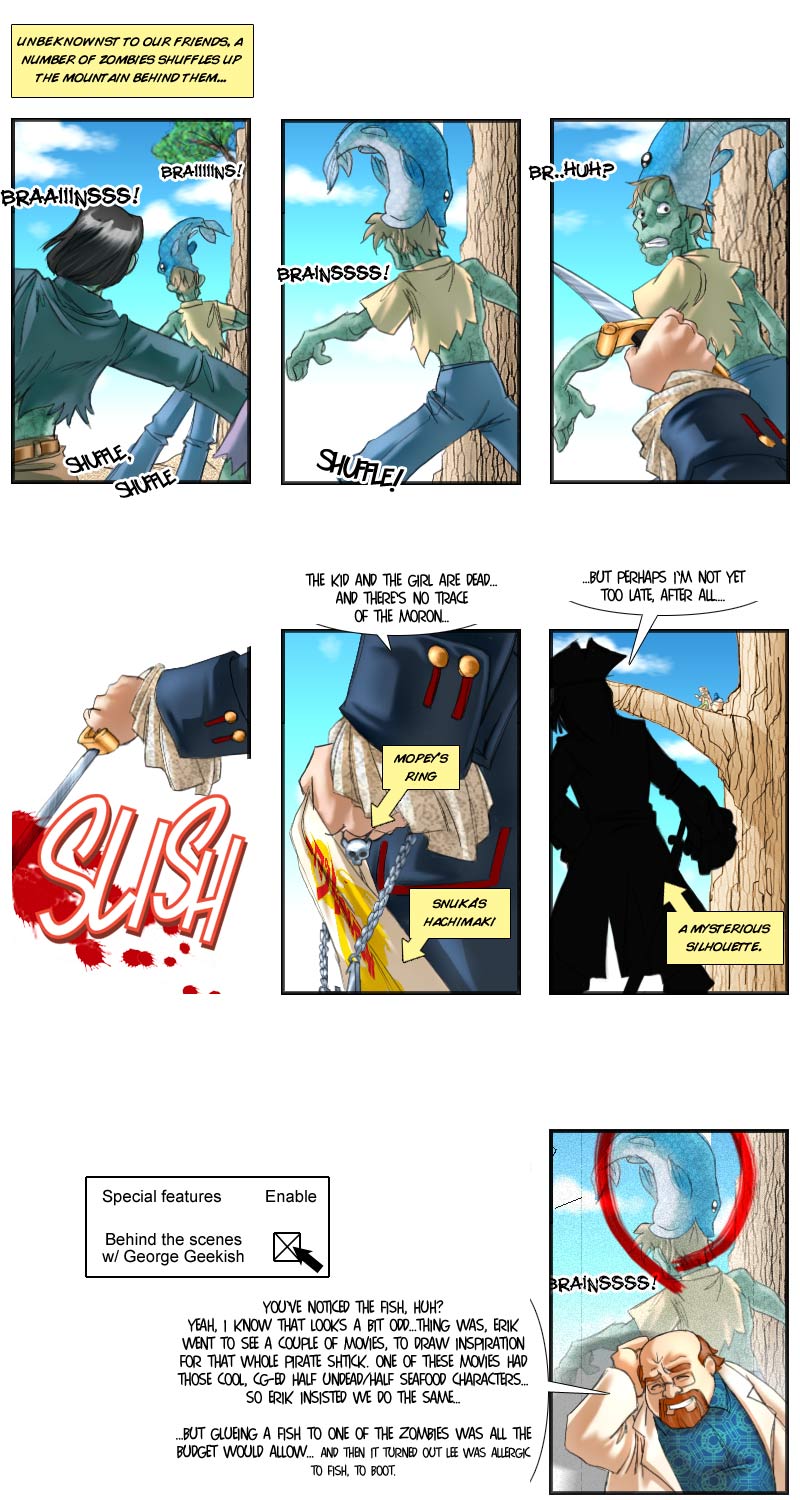 To replenish the cast’s ranks after the recent thinning, we proudly introduce yet another new character. In keeping with tradition, that introduction happens in the form of select partial shots and a shadowy silhouette only, to pointlessly keep the character’s identity a “secret” just a little while longer.

This method is pretty common in B-movie land, and features the ‘mysterious’ new arrival either as a silhouette outlined against a bright background, or partially/fully hidden in shadows. It comes in three main forms:

– The audience has already seen the character before, in a different setting. In this case, the audience will usually recognize the character right away, despite all flimsy attempts at hiding indentity – using such obvious clues as voice, clothing, size and build, mannerisms, etc. In short: usually just doesn’t work.

– the audience has not seen the character before, but the new character’s identity is obscured to lead them to believe it might be one of the established characters. In short: the cop-out.

This should sufficiently explain the shadowy silhouette, I hope…now, as far as the fish is concerned, the explanation is…uh. Well, see… it’s… like that…. uh Well, on the one hand I was thinking about a way to make individual zombies more recognizable to readers, and thought about making them wear carp streamers in different colours on their heads…then, on the other hand, I just had had a discussion, in a different context, regarding the pros and cons of glueing fish to actors. So then I decided I could just have them wear real fish on their heads. See? It’s perfectly logical.