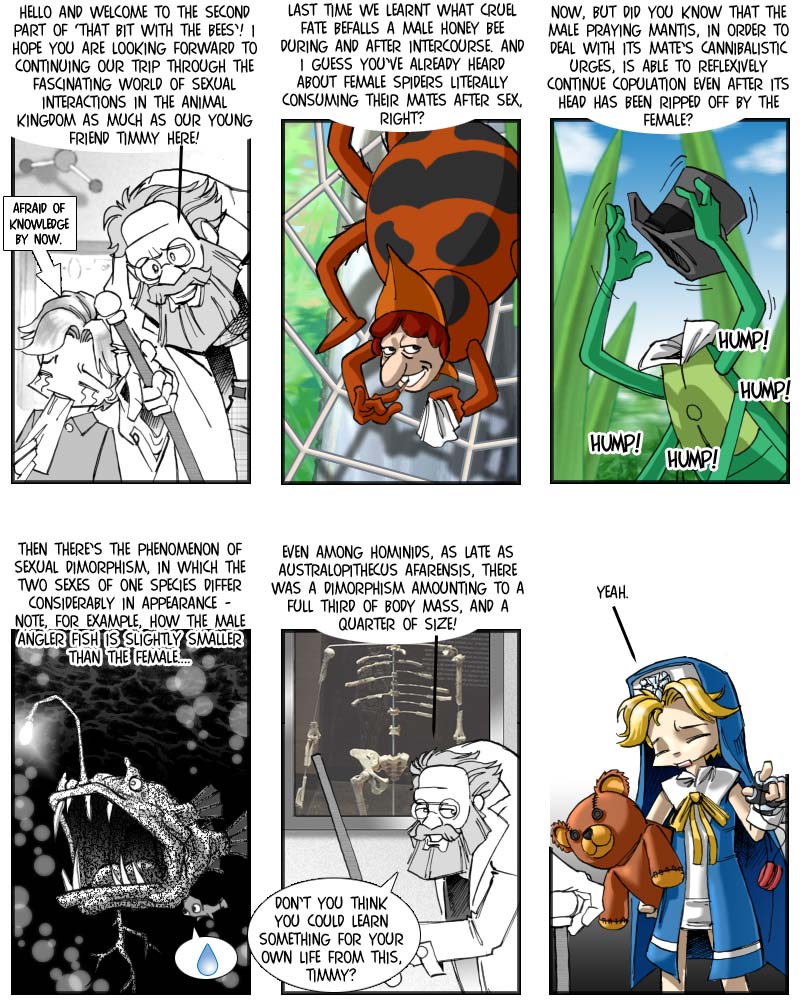 As if the thing about the bees wouldn’t have been bad enough, the Professor thought he should really demonstrate a few other sexual oddities of the Animal Kingdom to poor Timmy. But, you wouldn’t believe it, in the end it really seems to have been for the best – rather than be permanently traumatized, Timmy seems to have found a way to deal with his new knowledge in a positive way, and grow as a person from the experience. Well, or grow into another person. Anyway, Timmy went on to become a successful and popular fighting game character. Happy End.

In connection with panel three I should perhaps remark that I know Flip was a grasshopper, and not a mantis … uh, let’s just say he just wasn’t picky. And I also thought his hat would make for a funny picture with the head missing….

As far as angler fishes are concerned, I restricted myself to telling only half the story. Trust me, you wouldn’t want to know the other half.

And, as a Peanuts reference, the picture in the background of panel five is the one, the only, the famous – Lucy.

With this I think I should have fulfilled my patriotic duty, as far as sex education is concerned, so BMC will return to its old, safe, completely asexual groove on Thursday, and move on with the plot. I’m sorry, but if you need to anything else about sex, you’ll just have to experiment and find out for yourself. =P

A new voting incentive also went up today, somewhat of a continuation of the last one.