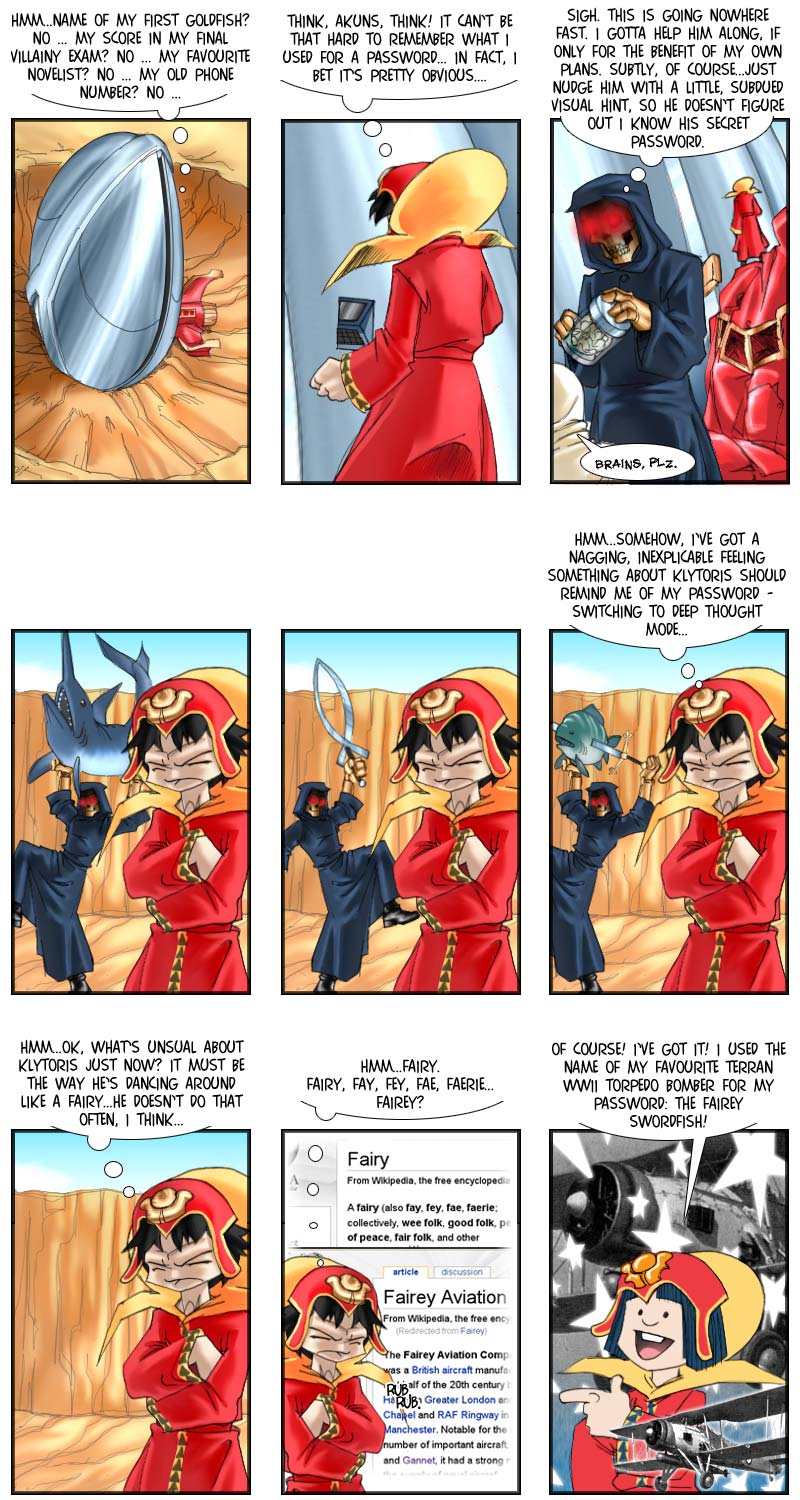 Now you might think Klytoris only got lucky that his subtle hints managed to remind Akuns of his password in a roundabout way – but, no, he’s actually planned it like that, that’s how well he knows his master and his ways of reasoning. No, really – I’m sure of it, I’ve asked him myself. He explained that he knew he had to remind Akuns of the word “fairy”, and so he danced around like fairies do – and in the mythology of his homeworld, fairies always carry sword/fish-related items when dancing. Got something to do with being descended from Dagon, or something – he was a bit vague about that.

And, no, that’s not a mistake in the last panel – the Fairey Swordfish was a WW II airplane, even if it looked a lot more like a WW I one. It was introduced into service in 1936, and even then wasn’t the last biplane to serve in the role – its successor was only marginally more modern.

I made a little blooper when I finished this strip, and in true B-movie spirit I’ve left it in: In panel eight, there’s a sound effect which actually only made sense in the first version of the panel:

Ah, well…I guess you could always explain it away as the sound of Akuns’ two brain cells rubbing together…